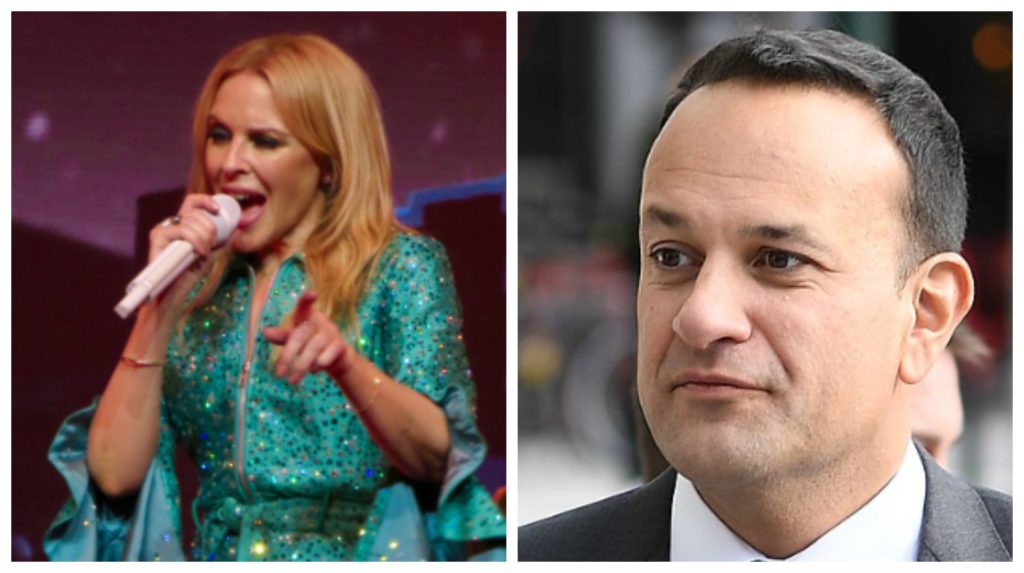 The star feels the reaction to the letter was over the top.

Kylie Minogue has told of how she wasn’t expecting Leo Varadkar to face a backlash for sending her a letter ahead of an Irish gig in 2018.

The then-Taoiseach told Kylie he was a huge fan and asked if he could invite her to the country personally.

When news of the letter emerged, some opposition TD labelled it as “cringe-worthy” and felt Leo Varadkar’s priorities should lie elsewhere.

Kylie Minogue says she rarely gets involved with politics, but feels the reaction to the letter was over the top.

”I certainly didn’t foresee any kind of ruckus coming from that, but I was aware that was happening and I thought ‘oh, that’s a taken a bit of shine off that,”’ the singer said.

The handwritten letter, which was published by the Irish Daily Mail, reads: “Dear Kylie, Just wanted to drop you a note in advance of the concert in Dublin.

“I am really looking forward to it. Am a huge fan!

“I understand you are staying in the Merrion Hotel which is just across the street from my office in Government Buildings.

“If you like I’d love to welcome you to Ireland personally.”