Lewis Capaldi has just announced his biggest ever Irish Gig

Great news this morning for Lewis Capaldi fans. He has just announced six massive gigs for March 2020. One of them is here in Ireland.

He will play his biggest ever Irish Headline Show in 3 Arena in Dublin on Sunday March 8th 2020.

The announcement comes ahead of the release of his eagerly-awaited debut album Divinely Uninspired To A Hellish Extent – out May 17th on Virgin EMI – featuring his Number 1 platinum-selling single ‘Someone You Loved’, one of the biggest songs of the year so far, and one of the longest running #1 singles of the past 25 years. 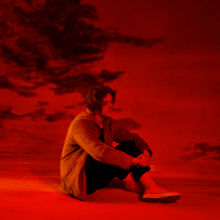 Lewis has also announced a special & unique new fan initiative LIVELIVE. It initiative has been set up for those who experience anxiety or emotional difficulties and have concerns about attending the shows. There will be a team at each venue who are expertly trained and qualified in assisting with panic, anxiety or any other concerns fans may have.

He was amazing when he supported Picture This for their 5 Sold Out Gigs in 3 Arena a few weeks ago. Of course you won’t have till next year to see him he is also playing two Irish Gigs later on this year.

He has a Headline Show in The Olympia in Dublin on Thursday 21st of November and he is very excited to be playing support to The Killers at Belsonic on Tuesday 25th of June.

I AM ACTUALLY SUPPORTING THE KILLERS ❤️😭

bit of a mad one, seen this band live so many times and am now getting to open up for them in belfast 😭 tickets on sale friday!

We wonder will he stay in the same hotel as he stayed in, the last time he was in Ireland? 🙂

lewis capaldi reaction to his neighbours having sex while he is trying to sleep 😂😂 pic.twitter.com/E812wArs4M

You can check out some of his funny merchandise HERE