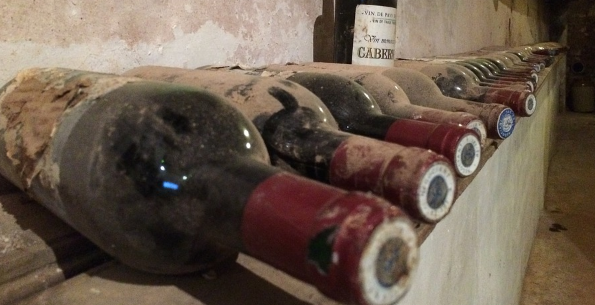 The ship was sunk during World War 1.

A team of salvage divers have made an extraordinary find in the Baltic Sea.

After 900 bottles of French Cognac and other liqueur was recovered from a shipwreck that happened 102 years ago.

The Local Sweden has reported that the rare liqueur was lost from a Swedish ship that sunk during World War I in the Baltic Sea.

The ship, named The Kyros, was carrying the cognac to Russia before it was stopped and checked by German submarine UC-58.

At the time alcohol was considered an illegal contraband product and the submarine’s captain decided to sink the ship.

Hence how the bottles ended up at the bottom of the sea.

The ship’s crew survived and were transferred to another vessel, they later returned to Sweden.

The group that recovered the cargo, Ocean X, said it was now testing the recovered bottles to see if they’re still fit to drink.

The group brought 600 bottles of cognac and 300 bottles of Benedictine – a herbal liqueur – to shore after recovering them from the wreck of the Kyros.

Bottles of the cognac, produced by a now-defunct distiller, and the Benedictine are being tested in a laboratory.

“The importance of this event cannot be overemphasised – it’s not only a find of rare cognac and liqueur but also a part of history of the former imperial Russia,” said the Ocean X Team in a statement.

If they are fit to drink, we definitely think the divers deserve a bottle (or two).