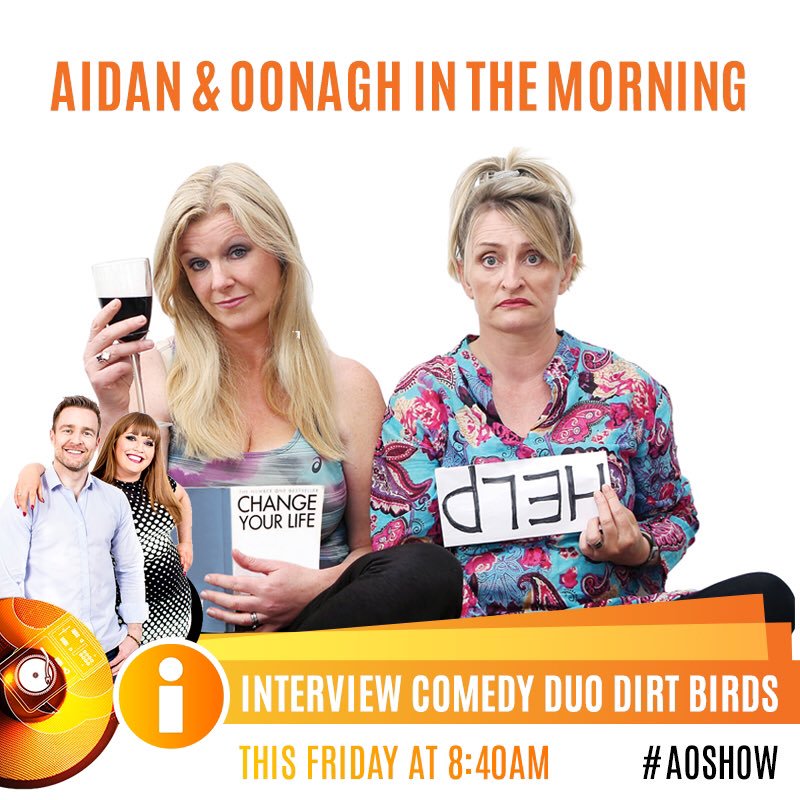 Dirtbirds Share The Struggles of Parenting With The AO Show

Comedy Duo Dirtbirds caught up with Aidan and Oonagh in the Morning to share the struggles of being a modern parent.

If you missed their hilarious interview, click on the link below to listen back

If homework, making school lunches or dodging the guards because of your NCT being two years late is driving you insane, the comedy sketches by Dirtbirds are definitely for you. Join  Dirtbirds as they navigate the stresses of daily modern life in a series of sketches and stand up comedy. Sue Collins and Sinead Culbert introduce new characters as they take centre stage as well as some old favourites. This is something you don’t want to miss. The Independent says “Their comedy is based on observing normal-life situations and turning them into very intelligent quips, sketches and stories.”

Their new book , “The Dirt bird’s Self-Help guide”, which will be released this week, is full of advice on how to deal with life’s strains. This book can help you out of any situation from how to deal with the trauma of parenting to to wobbly self-esteem, managing stress levels when we see a Garda checkpoint and just about anything that can send women reaching for a bottle well before cocktail hour.

To see the FULL list of Dirtbirds tour dates head to

THIS SATURDAY 26th October The Dirt Birds will be performing at the Vodafone comedy carnival at the Town Hall Theatre, Galway