WATCH: Little boy from Kildare meets his idol The Rock

This is incredibly sweet. 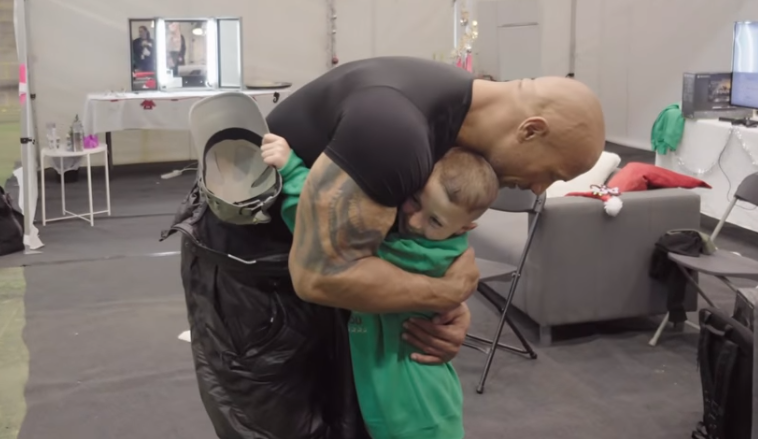 The Rock and PJ

A Kildare boy’s dream of meeting Dwayne ‘The Rock’ Johnson has come true.

With the help of Make-A-Wish Ireland, nine year old PJ travelled to the set of the actor’s new movie, Hobbs & Shaw.

PJ’s an awesome and special boy. So cool that I got a chance to hang out with him!! Thanks PJ! @MakeAWishIntl https://t.co/ug0Zyf33Qs

PJ, who has a rare form of cancer called Ewing’s sarcoma, spent time with The Rock along with two other children.

They were given the VIP treatment, with the Hollywood star presenting them with gifts and even his homemade chocolate chip cookies.

In an emotional video, The Rock tells the film crew:

“These are the three kids I’ve been telling you guys about. We are lucky enough to play heroes, me and Jason Statham, but they are really like superheroes because they’re super, super strong, way stronger than we are.”

PJ said meeting his hero was “a dream come true” while his mum Tanya said her son was “so happy”.

Afterwards, The Rock tweeted: “PJ’s an awesome and special boy. So cool that I got a chance to hang out with him!! Thanks PJ!”

Watch the full video below.