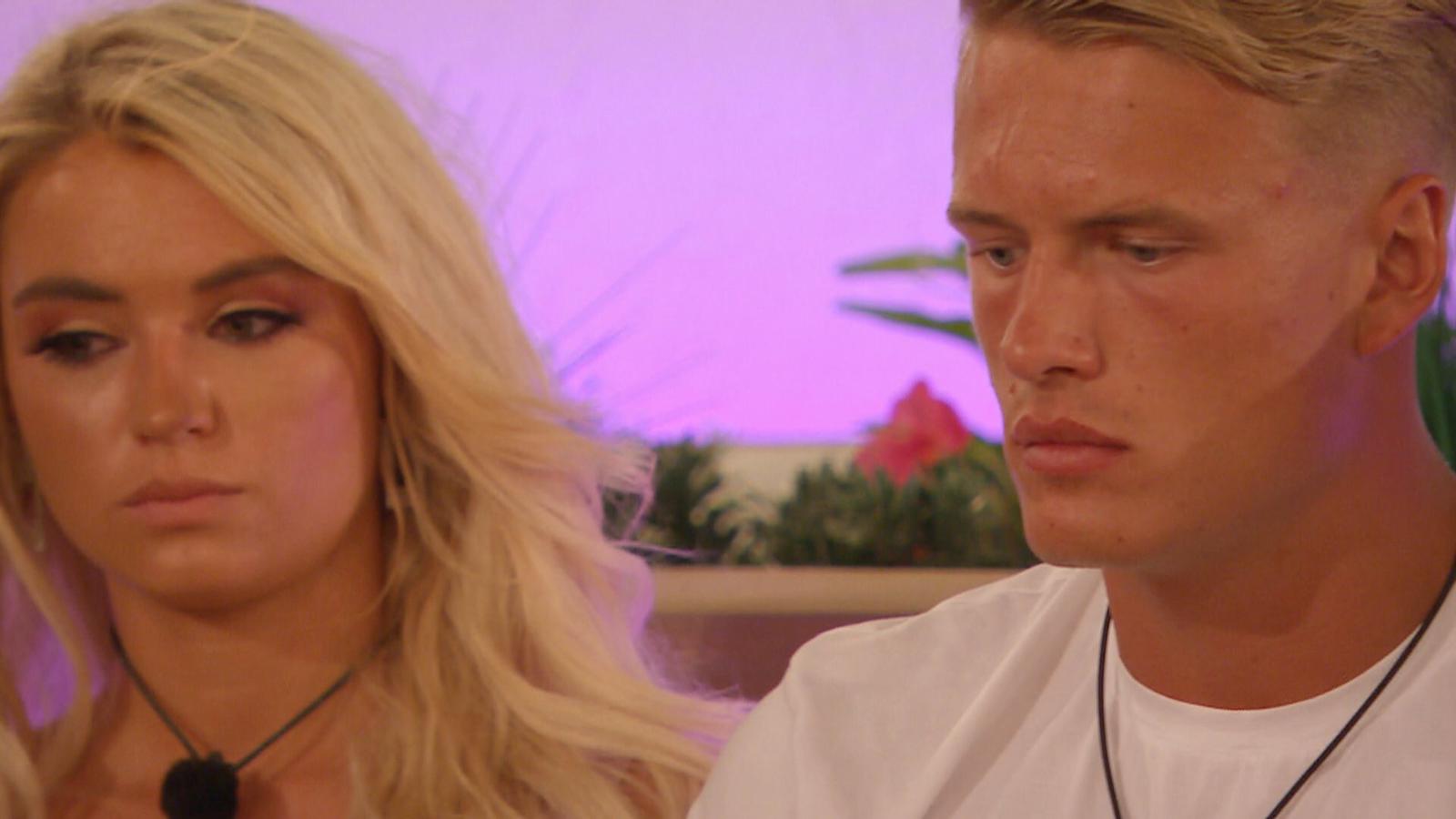 So Lucie and George are the latest couple to get the boot off Love Island.

In tonight’s show, the Islanders had to decide which couple should be dumped from the villa after Danny and Jourdan left on last night’s show.

Here’s what Lucie and George have to say about their time on the hit show. 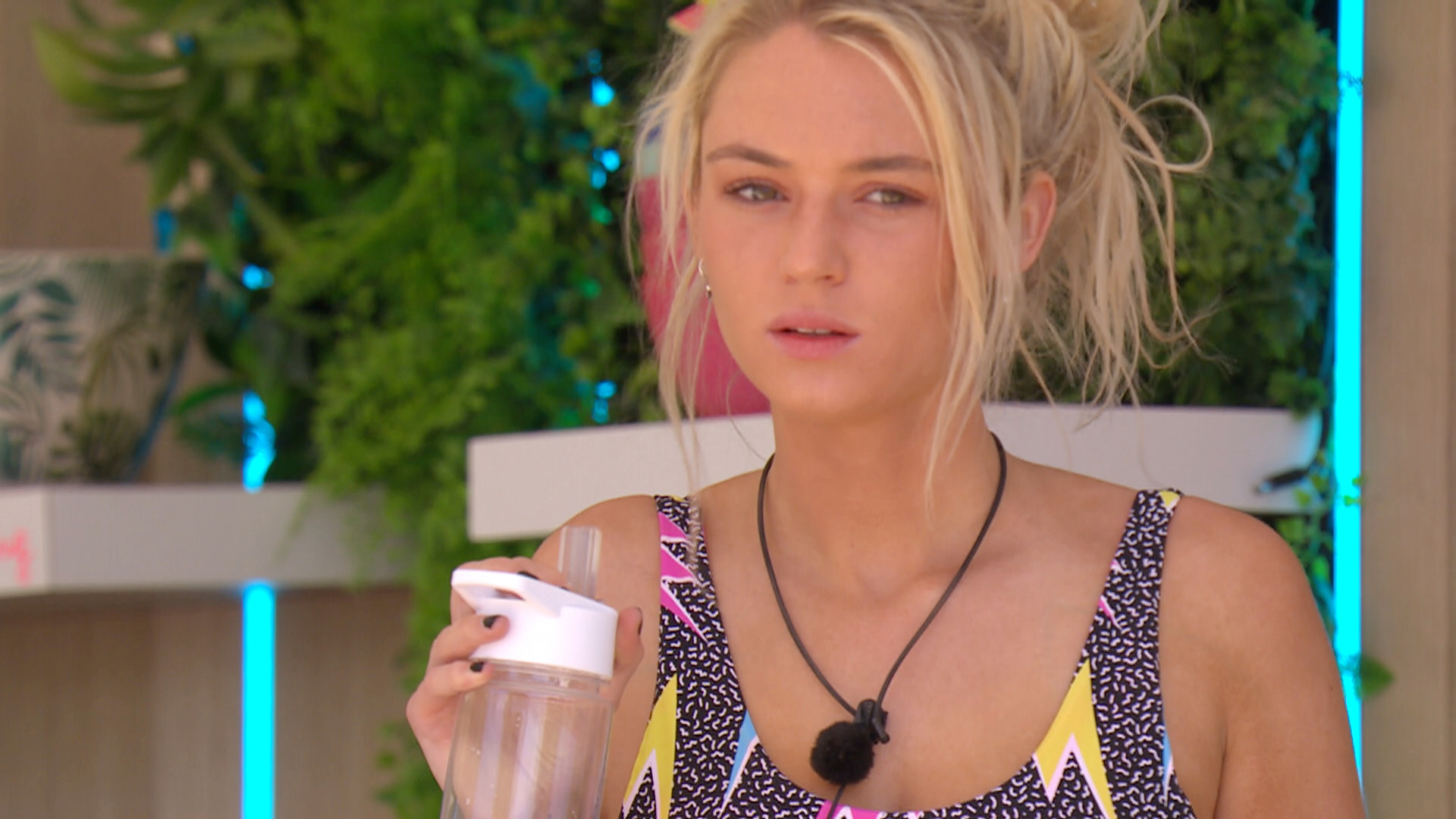 How would you sum up your time in Love Island?

I loved it! To do the show is like a fun holiday with friends and dating hot guys. It was amazing! I enjoyed the challenges because they were so different. I’d never get to do that ever again. I made some amazing friends in the villa, it was the biggest family.

What would you say were your highlights?

The paddle-boarding date with Joe was amazing. The days hanging around where we would get the lilos out, those days were great. Everyone came together and mucked around and went back to being kids. We joked that we were actually like kids because we had no phones and no worries. We were just having fun.

How did you get on with the other Islanders?

All the girls got really close when we went to Casa Amor. It was like doing Love Island again with your girls. On my last evening in Casa Amor, they all dressed me up and did my make-up and it was really nice to be a bit girly for once.

How do you feel about things with George now?

I’m glad I took George back to the main villa, he is very much my type. We weren’t massively romantically involved but we’re going to be friends.

What would you say is the most challenging aspect of being in the villa?

Maura was amazing, I really looked up to her because she’s a bit older than me but is into the same things as me. She loves crazy sports and she came in to the villa and she just got me. She really supported me through everything.

How do you feel about Tommy?

Me and Tommy will always be best friends. I’ve had best friends and then dated them and then still been best friends after. I think a lot of girls think it’s odd but I can turn things on and off really easily. You’ll always have a love for a best friend whether it’s a boy or a girl but at times it can mean different things. I want to see how things go with him and Molly-Mae, I can see he really likes her. I’m happy for them. I feel like we’ll see what happens on the outside and how those guys will go but never say never, if we did come to that romantic stage in a few years and me and Tommy were still friends, you never know.

Do you have any regrets about who you coupled up with?

I don’t have any regrets about coupling up with Joe. I went with how I felt at the time. I felt really strongly about him at the time. I got on with him straight away, whereas with Tommy it took time.

Who do you think will go the distance and win?

I think Anton and Belle could win. Anton really likes Belle and Belle really likes Anton. It’s taken Anton a long time to find a girl in there, he’s had a tough time and I’m so glad that a girl has come in who is his type, fun and bubbly and they really enjoy each other’s company. I can’t wait to see them grow.

I would definitely want to go back into the villa! I was loving it. After Casa Amor, I got to know George and that didn’t go how I thought it would and then I realised I liked Tommy. Although I liked him romantically, he was my best friend so it was nice to see your best friend so happy. At the same time, I was a bit gutted. I would love to go back in and just have fun with everyone.

Do you think anything romantic will happen with Maura and Curtis?

Yes. She told me on the day after she entered the villa that she liked him. She didn’t want to act on it because of Amy. I said my lips are sealed. I told her I would support her. I said to her, ‘If every guy was single in here, who would you pick?’ and she said ‘Curtis’. I knew that from the beginning!

How surprised were you by the dumping?

I knew it was coming, there were too many people in that villa! We thought there was going to be some kind of dumping but we didn’t think it would be a double dumping. I wasn’t too shocked with what happened, I kind of expected it. I had a fair run in there. I dated Joe in there at the beginning, which was amazing. I had a lovely time with friends as well. 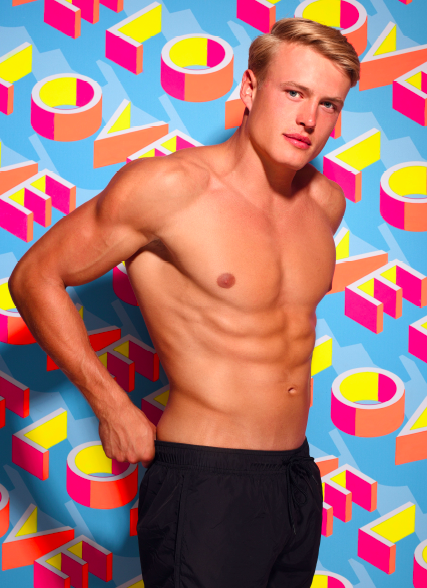 How would you sum up your time in Love Island?

My time in Love Island was absolutely amazing. I met some really great people. I’m so lucky to have experienced what I did.

What would you say were your highlights?

Meeting the people in there, they’re really amazing people. Getting to know some great guys and girls. I’ve definitely made best friends for life in there. I got on the best with Ovie and Marvin, coming from Casa Amor together, we made a great friendship from that. I’ll definitely be rooting for them on the outside.

Are you happy that you got to couple up with Lucie or did you have your eye on someone else in there?

I went off personality and I did get on with Lucie.

Will you stay friends?

Yes, we’ll definitely stay friends. And I want to get a few free surf lessons!

What is the most challenging aspect of being in the villa?

The unknown! Not knowing the time, that was a bit of an odd one. Also, hearing people snore!

If you could see one of the couples going the distance and winning, who would it be?

Probably Tommy and Molly-Mae. I would like to see Ovie and Marvin both meet someone. They’re both great guys. Ovie is so funny, he’s a really genuine nice boy and so is Marvin. I would like them to each find someone.

Given the chance, would you go back in the villa?

Do you think you made any mistakes?

I hope not. But my Mum will be the first to tell me! But I don’t think I did, no.

How surprised were you by the dumping?

I was really surprised and I was hoping that I wouldn’t leave!

WOW! Check Out The USA’s Love Island Gaff in Fiji