WATCH: “I was in the wrong”. McGregor makes an official apology

“I’m here to own up to that and move on” 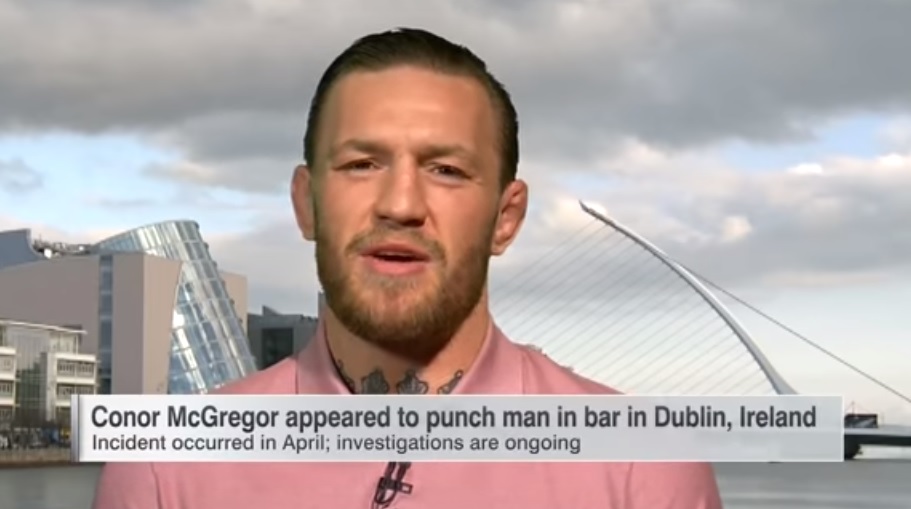 Conor McGregor says he must “take accountability and responsibility” for punching a man in a pub.

The MMA star has apologised after a video of the altercation emerged online. CCTV footage from April was published online last week and showed the 31-year-old punching a man in a Dublin pub.

In the clip itself, Mr. McGregor is seen handing out drinks to a group of people. However, he hit a man sitting at the bar – in what appears to be an unprovoked attack – before being pulled away by two other men.

Gardaí confirmed last week that an investigation is underway and McGregor told ESPN last night that he has to take responsibility for his actions:

The Notorious hasn’t fought since last October, but says he’s keen to return to fighting despite announcing his retirement in March.