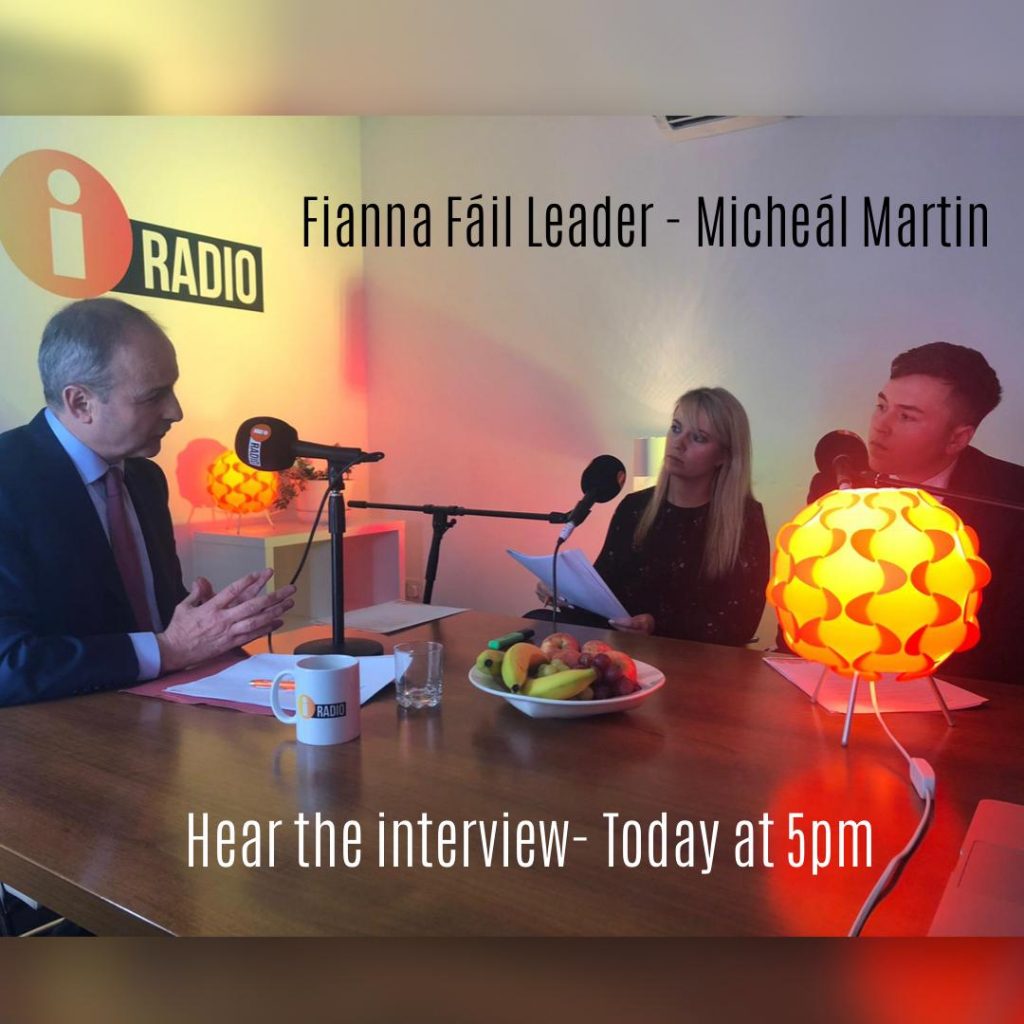 We sat down with Deputy Martin to discuss all things from housing crisis to the USC.

With #GE2020 growing ever nearer, The Lift with Dave and Fionnuala extended an invitation to all political party leaders to chat about their visions for the future and address the issues of now.

Yesterday, Fianna Fáil leader Micheál Martin joined us in studio. What followed was a fascinating chat on some of the most pressing issues in Ireland at present, including; the housing crisis, homelessness, and direct provision. As well as that, we found out Deputy Martin’s vision for the future of farming and why his party won’t scrap the USC.

Here are just three of the topics that were touched upon:

His plans for mental health:
“Child and adolescent services are very poor, so I would utilise Jigsaw, Pieta House, non-governmental organisations and would resource them more if the State is finding itself incapable of recruiting psychiatrists.
”I would also employ more psychologists.
”We need a multi-disciplinary approach to mental health, on the prevention side, primary care side and on the community side”
His stance on college fees:
“We’ll cap them at the level that they’re at at the moment (€3,000).
”We don’t believe they can be abolished because there’s a huge crisis in third-level education.  We’re falling down in the world rankings and therefore we have to invest in third-level, for more places but also to improve the ratio between lecturers and student and to give greater resources to research.
”Fourth-level as well as third-level is going to be very important for the future of the country and I want to create opportunities for young people.
”I think post-grads are too expensive and I think we need to give greater supports to student in that area.”
His thoughts on climate change, specifically ‘on making Ireland Green’:
“We’ve a very low level of people owning electric cars in this country and I think the infrastructure isn’t there yet…”
“Working with the ESB and others I’d get going on that fairly quickly. I think Coillte and Bord Na Móna’s mandates should be changed so that they become State agencies whose main objective is to help Ireland achieve its climate change goals.”
“I think we could incentivise farmers to grow more broadleaf trees and so on on their farms, I think farmers should be incentivised to protect our biodiversity and I think we have to incentivise different behaviour.”

You can listen to Dave and Fionnuala’s extended chat with Micheál Martin here: