Please read this, I’m shedding light on something that seriously needs to change🇮🇪 #missireland pic.twitter.com/5emlslytwX

A young woman has walked out of the Miss Ireland competition over it’s outdated rules.

Contestants in the competition, which is an initial stage of Miss World must have ‘never given birth to a child’.

Mothers as well as married women aren’t allowed to take part in the competition.

Blue contacted Miss Ireland over her concerns, with the reply urging her to think about her position in the competition.

She told RTE’s Liveline that her sponsor for the event told her that had they known about the rules, they wouldn’t be happy to support a contestant.

It’s prompted the current Miss Ireland, Chloe Farrell to speak out about the culture within Miss Ireland. 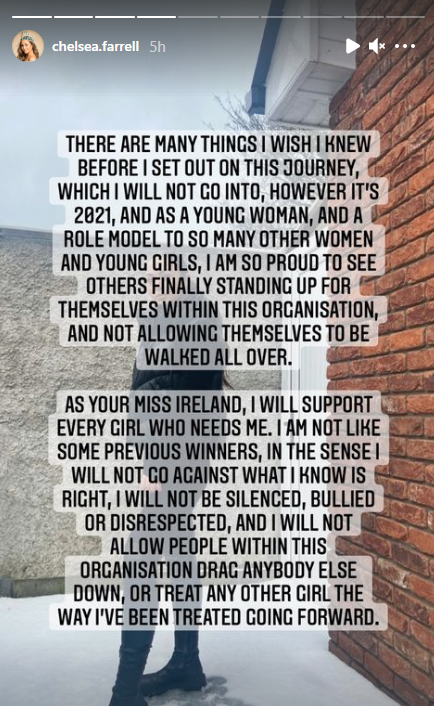 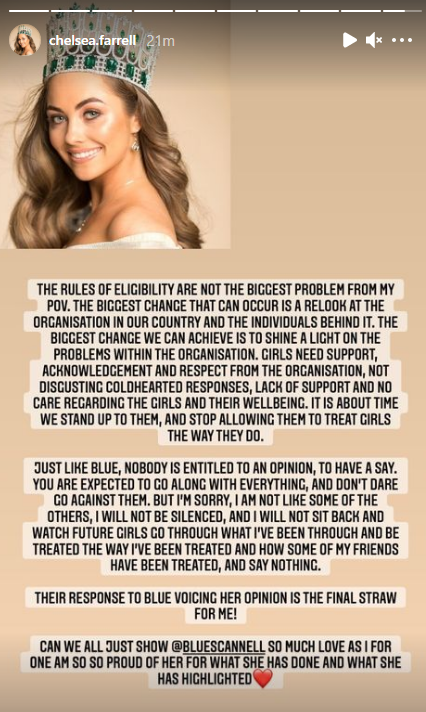