Here are the best movies on the telly over the weekend 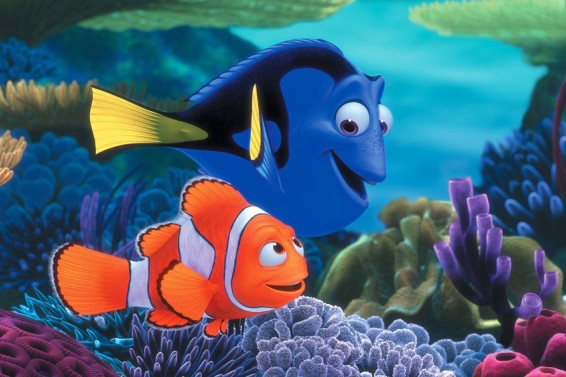 The weather this weekend is looking pretty crappy.

Friday and Saturday will be pretty blustery according to Met Éireann so there’s no better time to snuggle up under a blanket and enjoy a decent movie. Sure, we have plenty to watch on-demand but sometimes, an unexpected film on the telly is just what you need to pass the evening.

With that in mind, we’ve taken a look at the telly guides (remember them?) and found what might be worth watching over the weekend:

Yep, they’ve been taken once more. In the second instalment of the Taken trilogy, Liam Neeson’s character, Bryan Mills is bringing his family to Istanbul when he is kidnapped, along with his ex-wife, by the father of one of the men he killed while saving his daughter two years prior. Still with us? You know what you’re getting with the Taken films – plenty of action, some edge of your seat stuff and Liam Neeson being a badass.

Some would argue that this sequel to Finding Nemo is actually better than the original and that’s a fair assessment. This time, we’re following the loveable but often ditzy Dory as she goes about trying to track down her parents. It’s funny, heart-warming and a perfect one to watch with the kids.

Another handy one to watch with the little ones, Sing follows a koala named Buster who has one final chance to restore his much-loved theatre and so, throws a massive singing competition. It’s cute, sweet and there are a few bangers in it to be fair.

The Bellas are still on the go. This time, the acapella group have split after winning the World Championship. However, they manage to reunite for one last overseas singing competition with some bops and questionable decisions along the way.

It’s a bear who acts and speaks like a human… what’s not to love? The Brown family certainly agree with that sentiment, as they adopt him and welcome him into their home in London. But of course, a walking and talking bear does come with some Ts and Cs as Paddington gets into all sorts of shenanigans during his great big adventure.

Baby Driver is a decent action film starring Ansel Elgort and Lily James. Baby is a former getaway driver who’s trying to shake off the life of crime but is forced to partake in a heist. However, the plan goes a little off course when their arms dealers turn out to be undercover officers.

This comedy-drama stars Jim Carrey and Ewan McGregor and follows a gay conman who’s keeping his criminal career and his sexuality a secret from his family. While serving a spell in prison for fraud, he falls in love with a fellow convict and is determined they have a future together.

Driver caught doing over 200km/h on M50, on National Slow Down Day