Love Island is back tonight on Virgin Media One from 9pm. 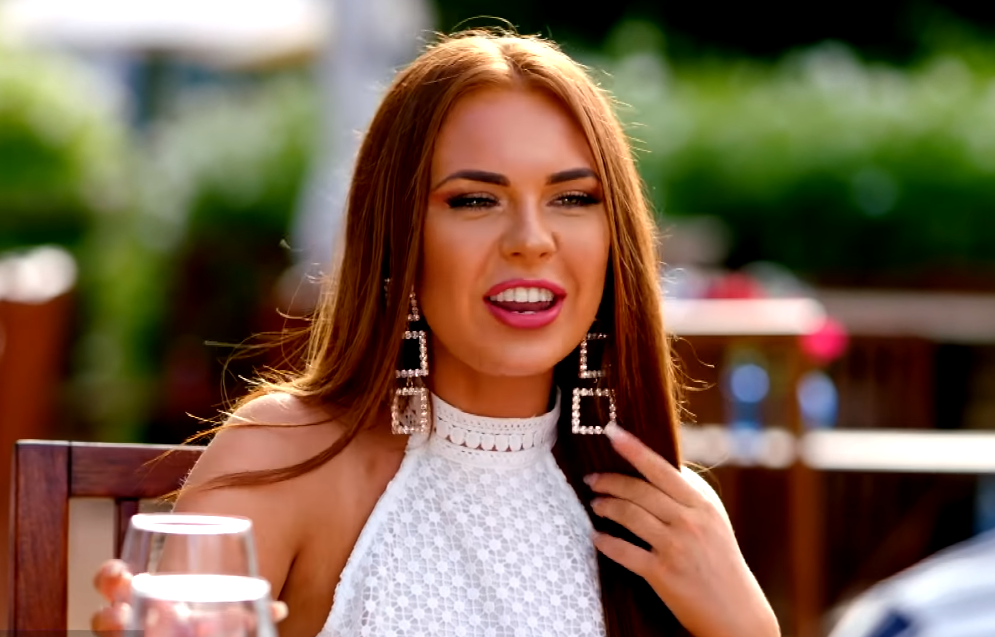 The new Islander Jamie goes on a date with both Shaughna and Demi. Elsewhere, the Islanders do a ‘Rumpy Pumpy’ challege and Luke M pulls Demi for a chat. Here’s a first look at tonight’s Love Island episode: 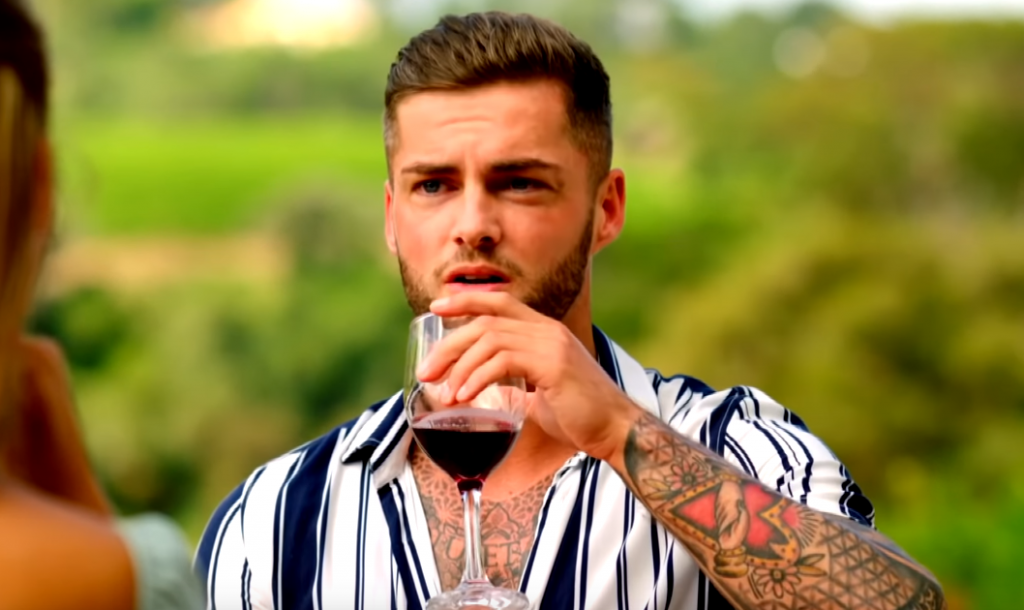 On tonight’s Love Island Shaughna gets a text, inviting her on a date with brand new bombshell Jamie. Shaughna jokes: “Jamie, I’m coming!”

She adds: “I said my first celebrity crush was Jamie Mitchell from EastEnders.”

Meeting Jamie for some wine tasting, Shaughna wastes no time in asking the important questions hitting him with, “Have you ever considered being a scaffolder?”

Shaughna then asks him: “Are you related to any scaffolders?”

Jamie tells her no and then admits he’s been thinking over what happened during Casa Amor and has plans to speak to Callum about it.

He says: “I think Nas went about things the right way. I think what Callum did was a bit out of order. My plans when I go in are to talk to him… I think you’re too smart for him if I’m going to be honest.”

Shaughna says of Callum ending things with her: “I think he’s done me a favour.” 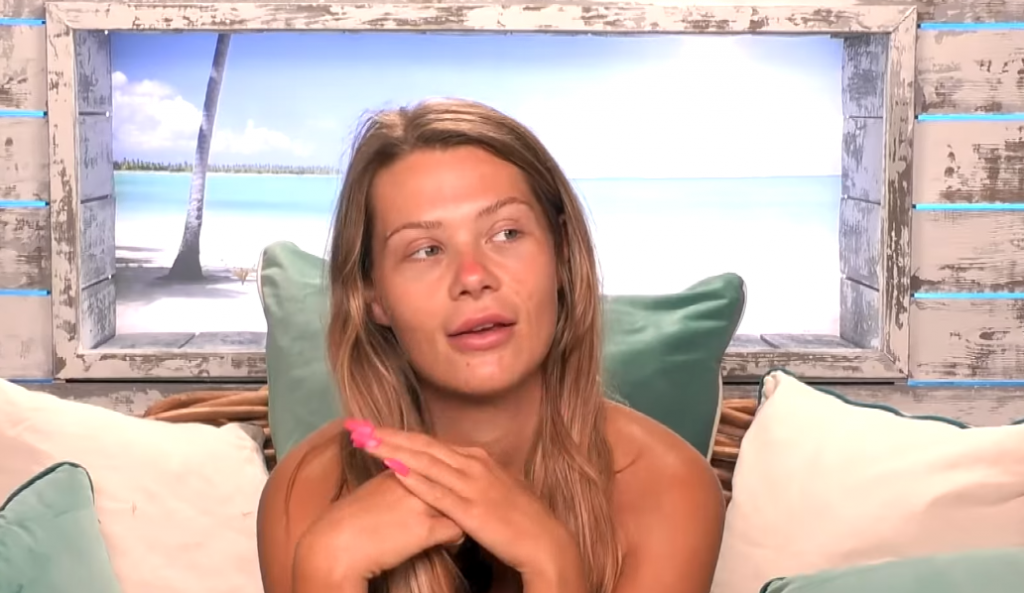 Shaughna heads back to the Villa at the end of the date and then Demi receives a text telling her that Jamie has also invited her to go on a date.

Luke M, who’s been getting to know Demi, admits: “I can’t catch a break in this gaff. A spanner in the works is never good. I’m quite worried to be fair.”

Meanwhile, Demi confesses: “I’m enjoying getting to know Luke M but I’m not going to make the same mistake as I did with Nas. I’m going to go in with an open mind and just get to know Jamie.”

Back in the Villa the girls discuss their dates and Shaughna says: “He was firing some banter back. Kind of left me a little bit speechless to be completely honest. Anyone that leaves me speechless is doing well.”

Demi says: “He’s a bit of a smooth talker. A cheeky compliment thrown in and that.”

The Islanders do a ‘Rumpy Pumpy’ challenge

In the latest challenge, the Islanders are split into teams and must race to pump up a balloon the fastest, by bouncing on a foot pump. Whichever team bursts their balloon first gets a question. Get it wrong and it’s passed over to the rival team, who have the chance to steal the points. Questions include what percentage of women fake orgasms, the average number of sexual partners, length of an orgasm and more.

Things get competitive, with Finn joking Mike might have actually got the foot pump pregnant thanks to his chosen technique. 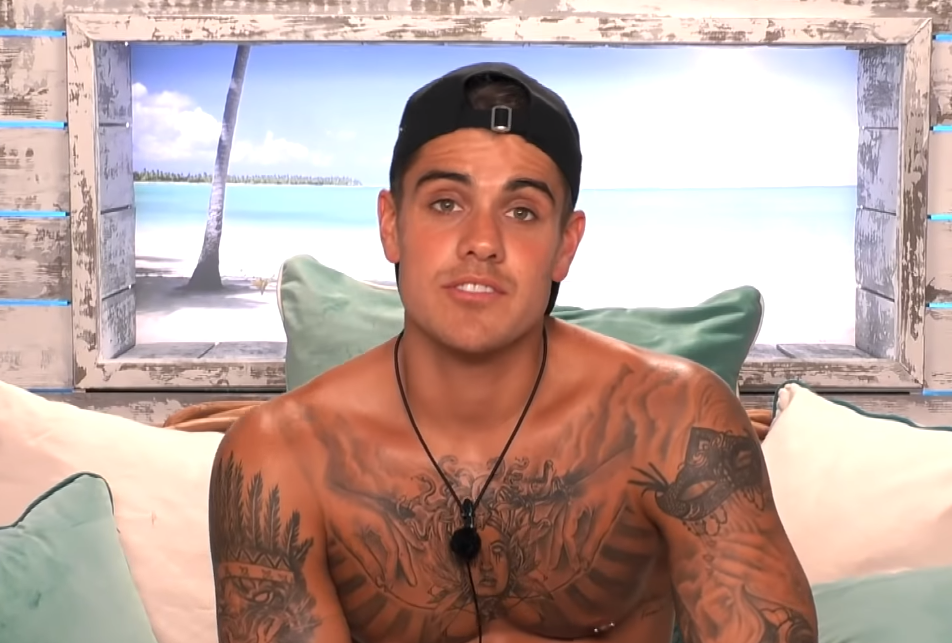 Keen to know where he stands after her date with Jamie, Luke M pulls Demi for a chat and she admits:

“I am interested in getting to know Jamie. I think it would be silly if I didn’t. Me and you are such early days, I’m really enjoying getting to know you, absolutely, but at the same time I feel like I can’t nip this in the bud this time.”

Luke M says: “I obviously don’t blame you, but there’s been two situations where I’ve been in triangles. And kind of second best…”

And when the pair kiss, Luke M is left feeling even more confused, telling her: “You’re giving me mixed signals!”

Later in the Beach Hut Luke M says: “You can’t just play two people and be like whoever wins gets me. I’m not all about that.”