Where would we be without it? 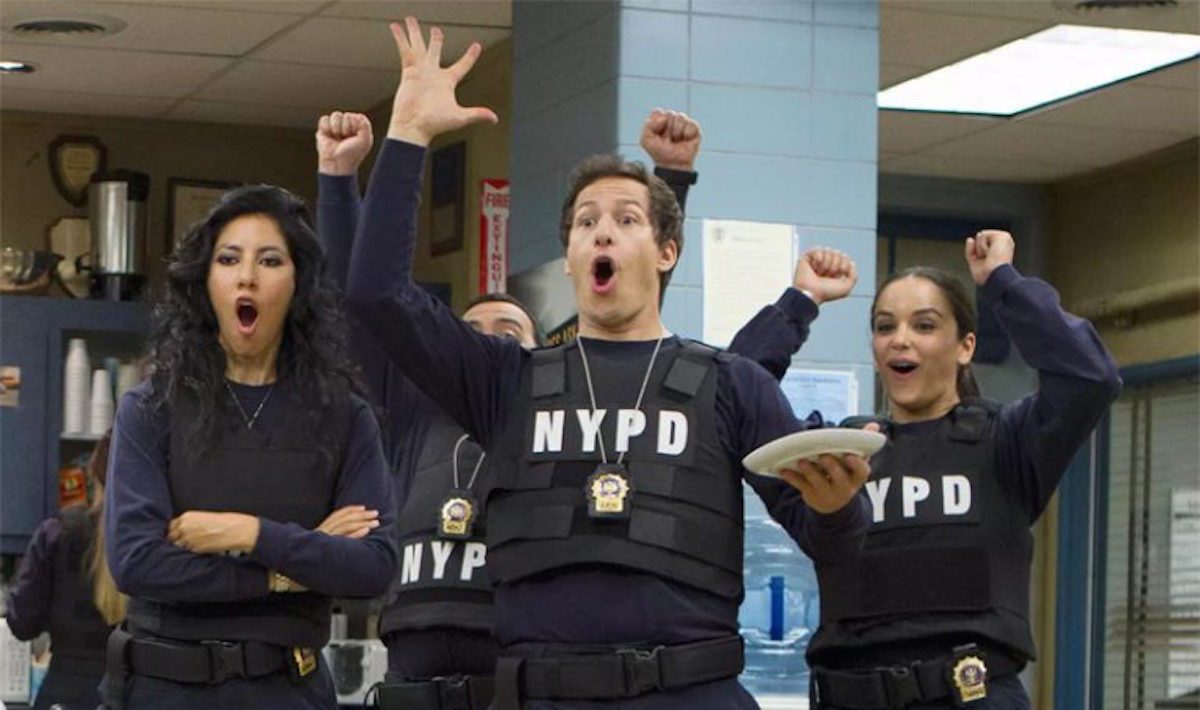 Any plans for the weekend?

Neither do we but one thing’s for sure, it’ll involve a browse or two on Netflix. The streaming service has announced what’s new to the platform over the weekend. With absolute gems in there like Ozark Season 3, Brooklyn Nine-Nine Season 6 and Riverdale, we’re sure to be kept busy.

It’s six months later, the casino is up and running, but Marty and Wendy are fighting for control of the family’s destiny. Marty preaches keeping the status quo. Aided by an alliance with Helen and drug cartel leader Omar Navarro, Wendy plots for expansion. But when Wendy’s brother Ben comes into town, everyone’s lives are thrown into chaos.

Based on the New York Times bestselling memoir by Deborah Feldman, Unorthodox is a story about a girl who rejects her radicalized upbringing and leaves to start a new life. One part coming of age story, and one part thriller, set in the fun world of Berlin, we watch as a girl discovers all parts of life, of herself and as she follows the dark trails to uncover the dangerous mysteries of her family’s past.

When a young woman’s murder shows similarities to a decade-old cold case, a new police commander must break the silence permeating an Owl Mountain town.

This beloved comedy revolves around Jake Peralta, an immature but talented NYPD detective in Brooklyn’s fictional 99th Precinct, who often comes into conflict with his commanding officer, the serious and stern Captain Raymond Holt. Check out the trailer for Season 6:

Changing his name to Saul Goodman, Jimmy recruits a new crop of clients. Kim wrestles with a moral dilemma at work. Lalo’s feud with Gus heats up.

Daring adventure meets chilling darkness as Riverdale explores a new side of grief and the gang prepares for the ultimate test: senior year.

Driven and arrogant, film director Michael Curtiz deals with studio politics and family drama during the troubled production of “Casablanca” in 1942.

The Decline (Now on Netflix)

As a way to prepare for disasters, family man Antoine attends a training program on survivalism given by Alain, at his self-sufficient retreat. Apprehending a natural, economical or social breakdown, the group goes through drills meant to prepare them for apocalypses of all types. But the catastrophe waiting for them is nothing like what they anticipated.

A young man faces his father’s disapproval when he pursues his dream of becoming a master sommelier instead of joining the family’s barbecue business.

Mark of the Devil (Now on Netflix)

When two sisters open an ancient book that ushers evil into their midst, a possessed priest wrestling with his own demons becomes their only salvation.

The Occupant (Now on Netflix)

An unemployed executive is forced to sell his apartment. When he discovers that he still has the keys, he becomes obsessed with the family that lives there and will do anything to go back to the life he had before.

In the early 1970s, teenagers with disabilities faced a future shaped by isolation, discrimination and institutionalization. Camp Jened, a ramshackle camp “for the handicapped” in the Catskills, exploded those confines. Jened was their freewheeling Utopia, a place with summertime sports, smoking and make out sessions awaiting everyone, and campers felt fulfilled as human beings. Their bonds endured as they migrated West to Berkeley, California — a promised land for a growing and diverse disability community — where friends from Camp Jened realized that disruption and unity might secure life-changing accessibility for millions.

Following the day-to-day adventures of five best “Buddis,” this colourful and entertaining series is targeted at children under 4.

YooHoo to the Rescue: Season 3 (Now on Netflix)

It’s time to take flight again! Join YooHoo and his adorable crew as they travel the world to help animal friends, one marvellous mission at a time.

It’s the treasure hunt of a lifetime for the Rescue Riders, who must race to find a precious golden dragon egg and keep it safe from evil pirates.