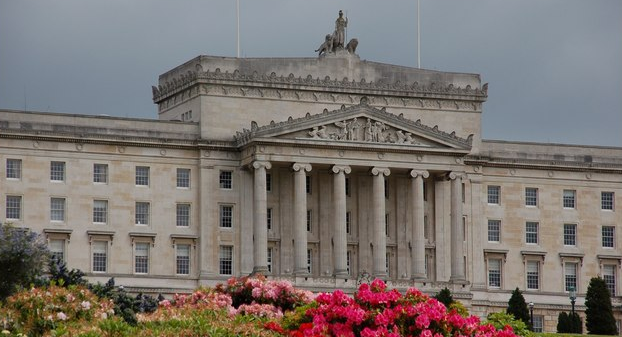 “I don’t know if you have tears to shed but you might consider shedding them for the DUP”.

In the wake of the UK general election, the DUP has emerged as a casualty.

Boris Johnson and the Conservative Party will overwhelmingly retain power as Jeremy Corbyn and Labour suffered monumental defeat, but the result in Northern Ireland was of a completely different complexion.

And the results look to be of huge significance as for the first time more Nationalist than Unionist members of parliament have been elected.

It’s been a damaging general election for the DUP who’ve lost two of their MPs – including Nigel Dodds their leader at Westminster.

18 seats were contested in all, with the results as follows:

Speaking on the BBC, political commentator Andrew Marr was particularly blunt regarding the immediate outlook for the DUP.

“I don’t know if you have tears to shed but you might consider shedding them for the DUP. It’s not just that they have lost two seats, which is not a very large number, nor even that the balance has tilted towards the nationalists in Northern Irish seats.

“It’s, if you think about it, the DUP is now in a position where Boris Johnson’s withdrawal agreement – whatever the Prime Minister says – does involve customs declarations on goods running from Northern Ireland to Great Britain and probably vice-versa.

“That has infuriated parts of the DUP with the government here but it has also made Northern Irish business very angry with the DUP, so that’s weakened their position. Then, finally, they have lost their great leverage in terms of the numbers in the House of Commons because the Tories no longer need to turn to them.

“They might even ask for their money back. The DUP are in a much weaker position and I think the entire constitutional balance of power between Northern Ireland and Great Britain has changed – it’s look a tooth that has suddenly become slightly wiggly. It’s nothing dramatic but it’s a big moment.”

Marr also suggested that the DUP might take a radical approach concerning its future.

“Alternatively, they could do the one thing that seems almost unthinkable; they could start to talk to Dublin about the future. That would mean all sorts of things.

“We are beginning to see, because of the withdrawal agreement, at least for the next four years, an Irish economy; which is a united Irish economy more or less inside the EU rules while the rest of us are outside.

“That is something entirely new and people in Northern Ireland, like people everywhere else, are also pragmatic and they look at business and prosperity and they ask themselves where their best interests may lie. This is not very good for Unionism as a political cause.”

Rock icons Guns N’ Roses are returning to Ireland in 2020