French nude restaurant to close due to lack of business

There will be no more food in the nude in Paris.

The French capital’s first restaurant for naked diners will close its doors next month.

O’naturel, located in the southwest of the city, received worldwide media attention when it opened in November 2017.

However, it’s being forced to shut as it literally cannot put enough bums on seats. 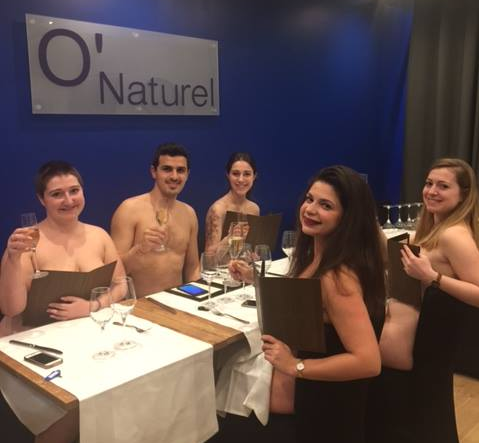 The Local reports that the owners, twins Mike and Stephane Saada, are closing their fine dining restaurant to avoid financial embarrassment.

In a post on Facebook, they said: “We thank everyone for taking part in this adventure. We will only remember the good moments and the great people we met.”

O’naturel was seen as proof that naturism was becoming more popular in France, a country which is already the world’s top destination for nude tourism.

Diners had to adhere to a strict list of rules including no phones, cameras or inappropriate behaviour.

Curtains over the windows shielded them from the public, while the chair covers were changed between sittings.