Research finds that Ireland has a gender pension gap of 35%. 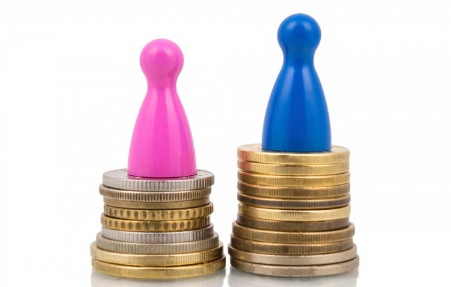 New research has revealed that women’s pensions are on average 35 percent lower than men’s.

The study, conducted by the ESRI found that female pensioners are getting an average of 150 euro less than men every week.

The gap is due to women having smaller salaries, working few hours and taking career breaks to raise families.

The report found that men get €433 on average per week, while women receive just €280 per week.

This means that over the course of a year, retired women receive on average almost €8,000 less than men.

The findings showed that 55% of retired men receive a private or occupational pension, compared to only 28% of women.

For these types of pensions, research shows that lower relative years of work experience among women also increases the gap.

A significant difference in the number of years worked by men and women was also noted. 93% of retired men had worked for more than 30 years, compared to 33% of retired women. 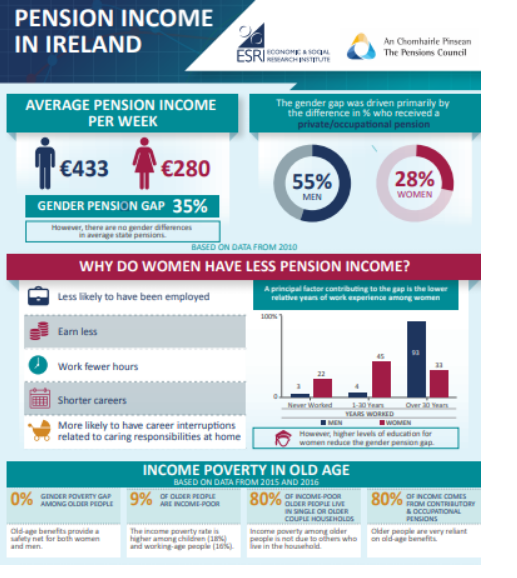