It’s the 103rd anniversary of the Easter Rising. 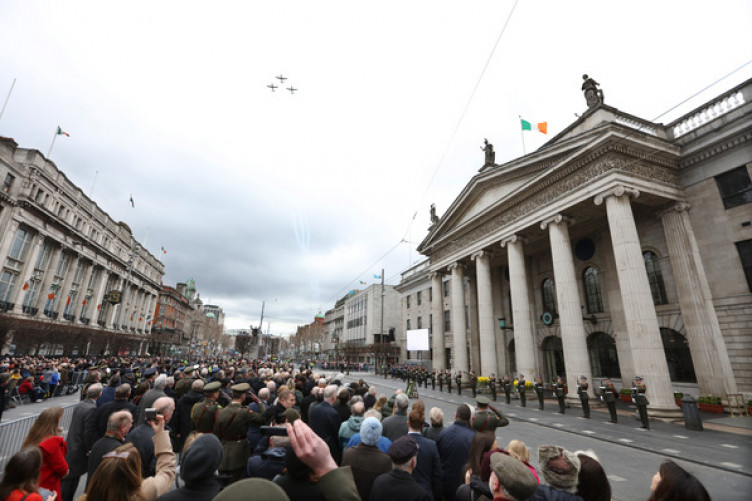 President Michael D Higgins has laid a wreath outside Dublin’s GPO in memory of those who died in the 1916 Easter Rising.

The national flag was lowered from the GPO and a minute’s silence was observed.

There was also a fly past by the Air Corps, as a member of the Defence Forces read out the Proclamation.

Guard of Honour marching into place for the 103rd Anniversary of the 1916 Rising at the GPO. Ceremony starts at 12.00 #easter1916 #StrengthenTheNation pic.twitter.com/vk9fJZL0Es