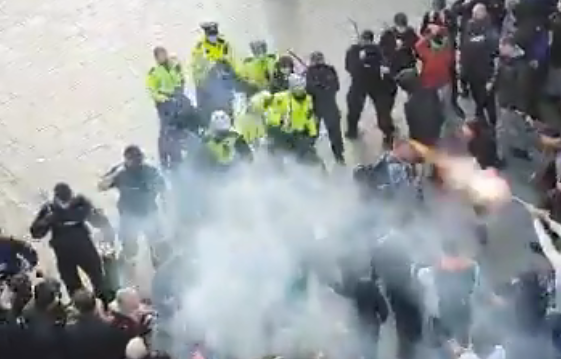 Simon Coveney was responding to this weekend’s violent demonstrations in Dublin.

He described the scenes as thuggery.

There are concerns further far-right protests are being planned for St Patrick’s Day.

Some Facebook pages which help to spread misinformation have grown in membership by 90 percent since the summer.

Footage from the violent demonstration in Dublin was circulated on social media over the weekend.

Video circulating from this afternoons protest in the city centre showing fireworks being fired towards Gardai.
Understand extra garda resources are being drafted into the area from other parts of Dublin pic.twitter.com/zD1SUslc8E