This company sells candles that smell like pubs and festivals 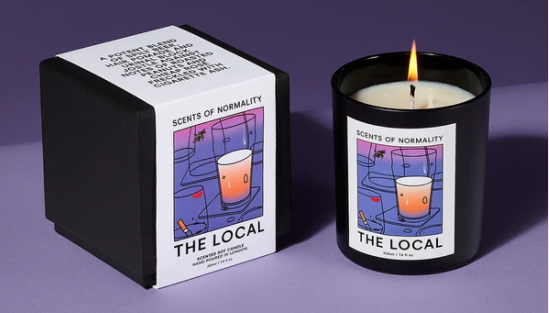 Miss the smell of empty pint glasses and ash trays?

A UK company’s come up with a way of recreating the smells of festivals and cinemas in the home.

The company, called ‘Earl of East’ has come up with candles that allow people recreate the scents of some of the things we haven’t been able to do while in lock down – such as go to the cinema or pub.

Known as the ‘Scents of Normality’, the products are described as: ”An exclusive candle collection that smells like the places we miss the most during lockdown”.

This limited series comes in three evocative scents, reflecting some of the nation’s favourite hangouts: The Local, The Cinema and The Festival.

Paul Firmin is the co founder of Earl of East created the “Scents of Normality” collection.

He also says the pub atmosphere can be recreated.

”So the whole idea was to recreate the smell of kind of an ash tray and empty pint glasses”, he said.

”That’s not necessarily a scent that at any other time people would want to have in their home.

”But I think what was really nice about it is that it really smells like a pub, and that is really nostalgic to people”.

You can check out their range and even buy one yourself, here.