The rest of this week will be pretty unsettled weather with some frosty conditions. 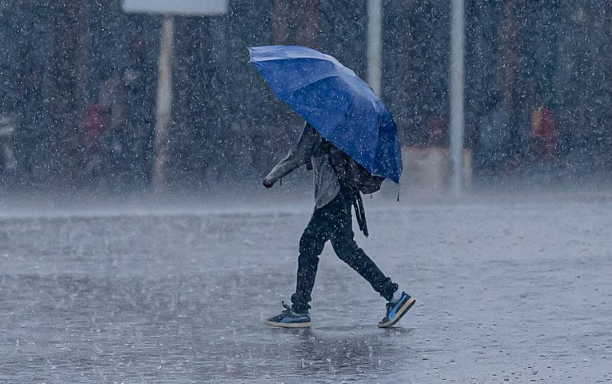 There’s a status yellow rainfall warning in place along the west coast and border region.

The alert will run for Connacht, Cavan, Donegal, Clare and Kerry until 2pm this afternoon.

Met Eireann is warning that heavy downpours in these areas may cause some river or localised flooding. The national forecaster has also predicted a week of unsettled weather with some frost and icy conditions.

Outbreaks of rain will spread gradually eastwards across the country with a continued risk of flooding in some western areas. However, there’ll be long dry periods in eastern counties until late afternoon. Mild in eastern areas for a time but much colder conditions in the west during the afternoon and evening. On Tuesday night, rain will clear from the east coast to leave a cold night nationwide with good dry periods. A few rain or hail showers in Atlantic coastal counties. Frost and ice will form in some areas, as temperatures drop to 0 degrees

The frost and ice will clear during the morning to leave a cold and bright day with sunny spells. There’ll be a few rain or hail showers, especially in Connacht and Ulster. Highs of 10 degrees. It’ll be cold, clear and mainly dry on Wednesday night with mist and fog forming. Widespread frost will develop with lowest temperatures falling to -2 degrees.

A cold day on Friday with frost and fog lingering in the morning. However, it will remain largely dry apart from showers in the northwest, with sunny spells developing through the day. Temperatures generally reaching just 3 to 6 degrees.

BAKE OFF INSIDER – The Rambling Baker