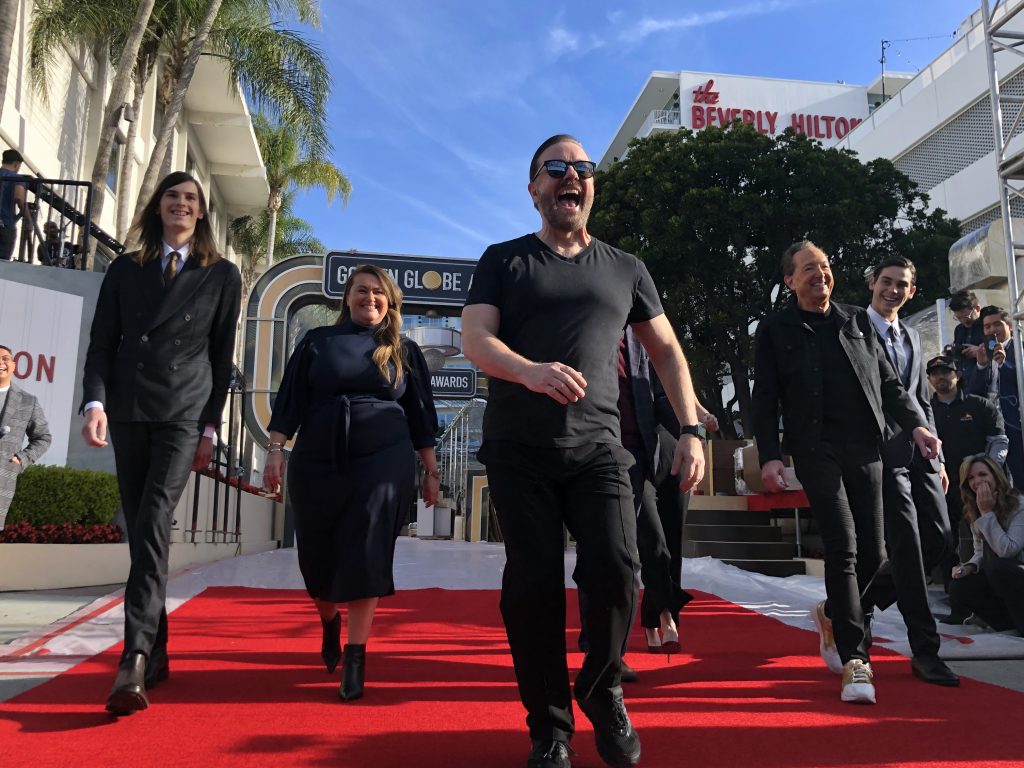 This show should be about me saying; ‘Well Done Netflix, You’ve Won’

The 77th Annual Golden Globe Awards took place in Hollywood last night. British comedian Ricky Gervais was back for his 5th stint as host and didn’t hold back on the punches.

The show aired on NBC during the night. You can watch the Golden Globes tonight on RTE 2

Ricky’s opening monologue, which is over seven minutes long and packed full of cutting punchlines, saw the comedian mock the Hollywood foreign press and US censorship and he also took a few digs at celebs including Leonardo DiCaprio of all people!

Best actress in a film

Best actor in a film – drama

Once Upon a Time in Hollywood

Best actress in a film – musical or comedy

Best actor in a film – musical or comedy

Best supporting actor in a film

Brad Pitt, Once Upon a Time in Hollywood

Best actress in a limited series or TV film

Best supporting actress in a film

Once Upon a Time in Hollywood

Worst ever day for trolley overcrowding in hospitals since records begun