Family send RNLI an €8 bill for a lilo after their child was saved in a €8,000 rescue 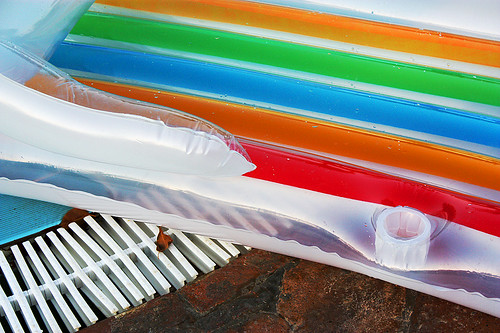 The parents of a girl who was saved by the RNLI have sent her rescuers an invoice for €8. The bill was to cover the cost of a lilo – which was left out at sea during the rescue.

The young girl got into difficulty when she drifted out to sea on the inflatable lilo off the coast of Cornwall in the UK. The RNLI launched an €8,000 mission to save her and even enlisted the help of a helicopter to get her back to safety. One of their crew members jumped into the water to save her, but left the lilo behind, during the rescue operation.

However, instead of sending the RNLI flowers or even a meal voucher for their efforts, the parents of the young girl sent the crew an invoice for €8 to pay for the lilo they left behind.

The RNLI team wrote back saying they would happily pay, as long as the family paid for the €8,000 cost of launching the helicopter.

Mike Carter, president of the RNLI branch, told The Independent:

“Two weeks later, the commanding officer (CO) of 771 received a request to pay an invoice for £7, the cost of the lilo”

“The CO wrote replying: ‘I will be happy to pay your invoice in receipt of the payment for the helicopter rescue £7,000.’ No response was received.”