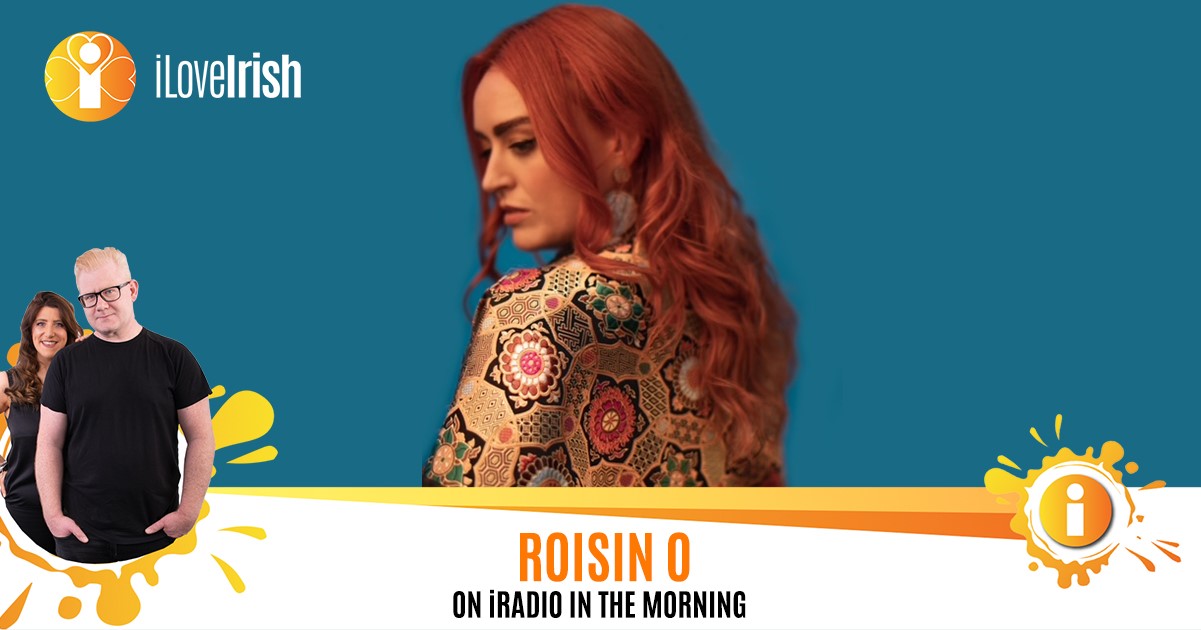 Roisin O has returned with a brand new single called 2023 which is an iRadio – I love Irish – track this month. 2023 is the 2nd single taken from Róisín O’s upcoming Album and follows on from the successful release of ‘Heart + Bones’ in January of this year.

“Where will we be in 2023”? This was the question that breakfast show presenter Kayte posed to Roisin O.

As we approach the end of another lockdown it’s hard not to wonder will we ever be the same again. This sentiment is captured brilliantly in this brand-new feel good pop-perfect track from Róisín O. Though written during lockdown, 2023 captures the country’s current sentiment, as things begin to open up again and we look forward with optimism & hope for the future.

Written with Cian McSweeney (True Tides) and produced by Phil Magee, (Kodaline, Wild Youth, The Script, The Academic, JC Stewart) 2023 is pop perfection. Speaking about the single Roísín says: “I wrote 2023 in the depths of the 2nd lockdown when things were pretty grim. It was a great respite to get into studio with Cian, he has such a contagious optimism.” “That enthusiasm was so refreshing, and the more we worked on the song the more it became about looking forward to the future with optimism and hope.” “The release of 2023 comes at such a great time, when the summer is stretching out in front of us and we can imagine being with pals again in a garden, or a field, or a beer garden somewhere. That’s when I imagine 2023 will come on. And everyone will bop.