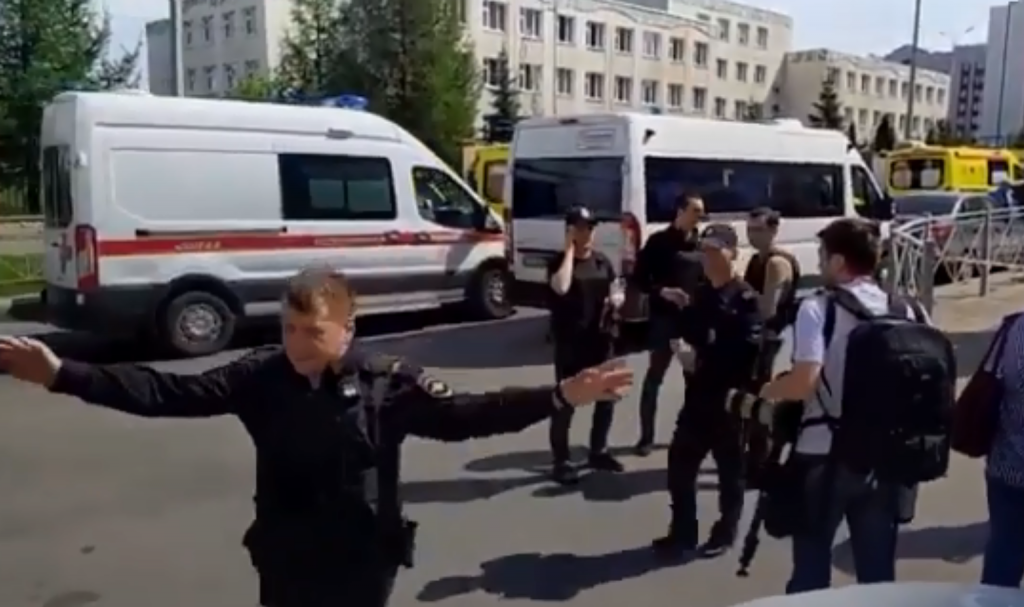 A 19-year-old man has been arrested in the city of Kazan.

The regional governor says the suspect has a firearm registered in his name – and that no other accomplices have been established.

Video footage posted on social media shows students running from the building with paramedics and armed police also at the scene.

Several children and a teacher have reportedly been killed in a school shooting incident in Kazan, south west Russia.