McDonald’s released the recipe for Sausage and Egg McMuffins, and we’re delighted 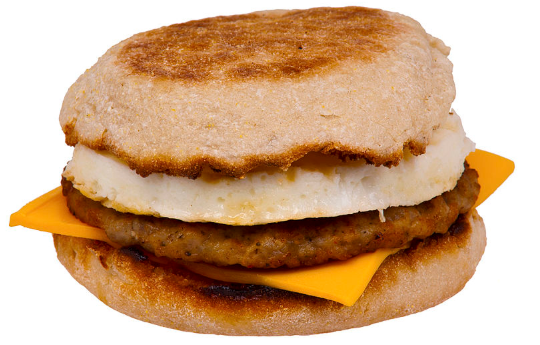 Anyone who may be craving a McDonalds breakfast while in isolation has had their prayers answered, after the restaurant chain released the recipe to it’s famous Sausage and Egg McMuffin.

The fast food giant stopped operating in Ireland on March 23rd due to the Covid-19 crisis.

Which means there are a lot of people are probably craving the golden arches right now.

So to help some customers ease those cravings, the company let it be known just how to make the delicious breakfat treat, and here it is:

75g Sausage Meat: Season with a pinch of salt and pepper then shape into balls.

Eggs: Brush the inside of a metal ring with a little oil and place in a small frying pan. Pour in just enough water to cover the base then bring to the boil. Crack the eggs into the rings, cover the pan and cook for 2-3 minutes.

American Cheese Slice: Assemble your McMuffin by layering the patty and egg on top of a slice of cheese.

Potato: To make a hash brown, grate the potato into a bowl. Mix in an egg then season with salt and pepper.

Heat a glug of oil in a pan then add spoonful of the mix. Flatten and cook until golden brown on both sides.

Easy as that! McDelux breakfast at home.