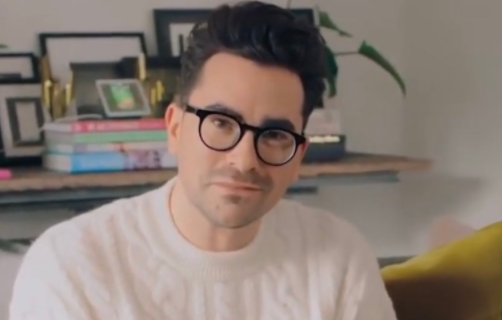 The Emmy winning series came to an end earlier this year.

Fans of the hugely successful comedy series Schitt’s Creek who are desperate to see what becomes of the Rose family, have been teased about the prospect of a movie in the future.

The show’s creator and star Dan Levy hinted that a movie could happen down the line during a recent interview.

The Emmy wining sitcom aired six seasons from 2015-20 and centered around the Rose family who are forced to flee their luxurious lifestyle to a small town and live in a hotel after they lose their fortune.

The last glimpse of the family showed them breaking off on their own separate journeys across the US, leaving fans desperate to find out what happens next.

Speaking to E! News!, Levy said that while there aren’t any current plans for a movie, there was definitely potential for one in the future. He said: “I would love for there to be. I’m not ruling it out.”

“It’s very flattering that people want to know, but I would just say generally I think you need to let the good things settle for a minute. Let people finish the show. Let people sort of take a breath.”

“And then if people are still interested and an idea comes to me and our cast is wanting to do it, then great.”

“I’m very sort of sensitive to overstaying your welcome in any capacity. So we’ll see in a few years, if it all sort of comes together.”