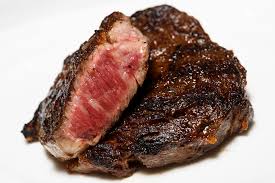 Get Your Chops Around This!

A major new scientific report says the world needs to reduce consumption of red meat and sugar by 50 per cent by 2050.

The study by the EAT-Lancet Commission says the radical change to the world’s diet is needed to tackle climate change, and improve global health.

Don’t have a cow man

It also says we need to increase consumption of healthy foods like nuts, fruits and vegetables by 100 per cent.

The report says this dietary change could avert between 10.8 and 11.6 million deaths every year.

Getting on Board the Meat Free Train

Awareness of the need to reduce our meat consumption has been taking hold this January, with many people going vegetarian for the month including twitter user Sophie.

I’ve gone veggie for January. Today yet another huge report by global experts says it will become impossible to feed the world sustainably & healthily unless we dramatically reduce our meat consumption, eat more nuts and veg. Not that hard is it? https://t.co/I0VyFvRRuA pic.twitter.com/lCaow0rDeE