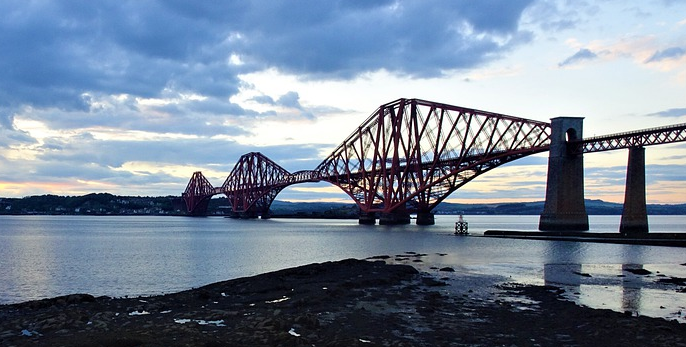 Boris Johnson is examining a proposal.

Plans for a bridge and tunnel structure linking Northern Ireland and Scotland could become a reality, after it was revealed British Prime Minister, Boris Johnson, will receive the result of a feasibility study into the massive project, reported the Belfast Telegraph.

It’s understood the latest study will recommend a combined bridge and tunnel linking Larne with Portpatrick in Scotland’s Galloway region.

The reason for the tunnel and bridge structure is said to be due to the Beaufort Dyke, a 1,000ft-deep undersea trench off the Scottish coast. Just after the Second World War the trench was used as a dump for explosives and toxic waste.

The existence of the explosives means the Beaufort Dyke part of the journey could be spanned by a bridge, which would then link to an underwater tunnel for the remainder of the distance to Larne, according to the latest plans.

Costs are thought to be in the region of £20bn for a combined road and rail link, the first to span the Irish Sea.

Officials reportedly believe the bridge could be based on the Oresund Bridge, which connects the Swedish city of Malmo with Amager, a Danish island near the country’s capital, Copenhagen.

“About as feasible as building a bridge to the moon.”

However not everyone is enthusiastic about the proposal, writing to The Sunday Times last year, James Duncan, a retired offshore engineer from Edinburgh, said the idea was “about as feasible as building a bridge to the moon.”

“Many long bridges have been built, but none across such a wide, deep and stormy stretch of water,” he continued.

”It would require about 30 support towers at least 1,400 feet high to carry the road deck across the deepest part and above the shipping channel. In total the bridge would require 54 towers, of heights never achieved anywhere in the world.”