Sherif Lanre has shared a post on Instagram just hours after his departure from Love Island was confirmed. 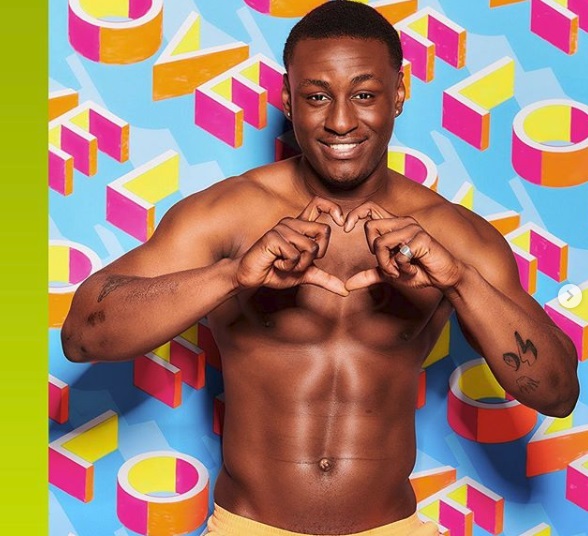 In an Instagram story, he has thanked fans for their support and has promised that he’s “all good.”

He signed off with “#ItIsWhatItIs” and “#BiggerThingsToCome.” 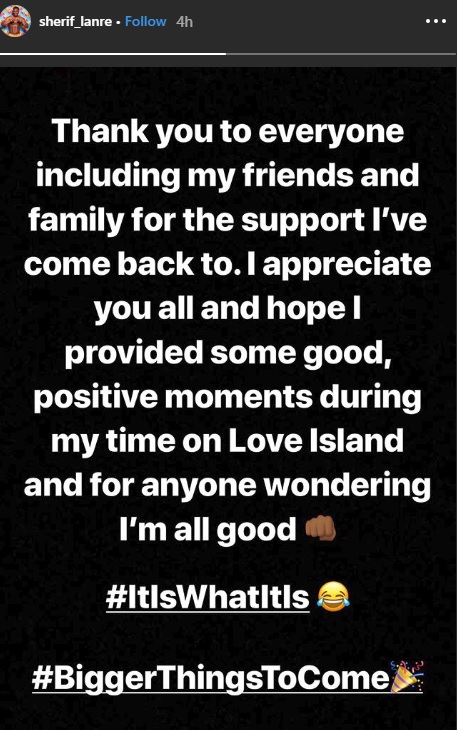 The semi-professional rugby player was kicked off the show yesterday – after reportedly breaking the villa rules.

Meanwhile Longford will be represented in the Love Island villa from tonight, with the arrival of Maura Higgins.

The Ballymahon model will make her debut on the show along with another female contestant and she’s described herself as”very outgoing” and as someone who will “go extreme ” to get the guy she wants.