The moment a woman dressed-up as Shrek after she wasn’t told fancy dress night was cancelled. 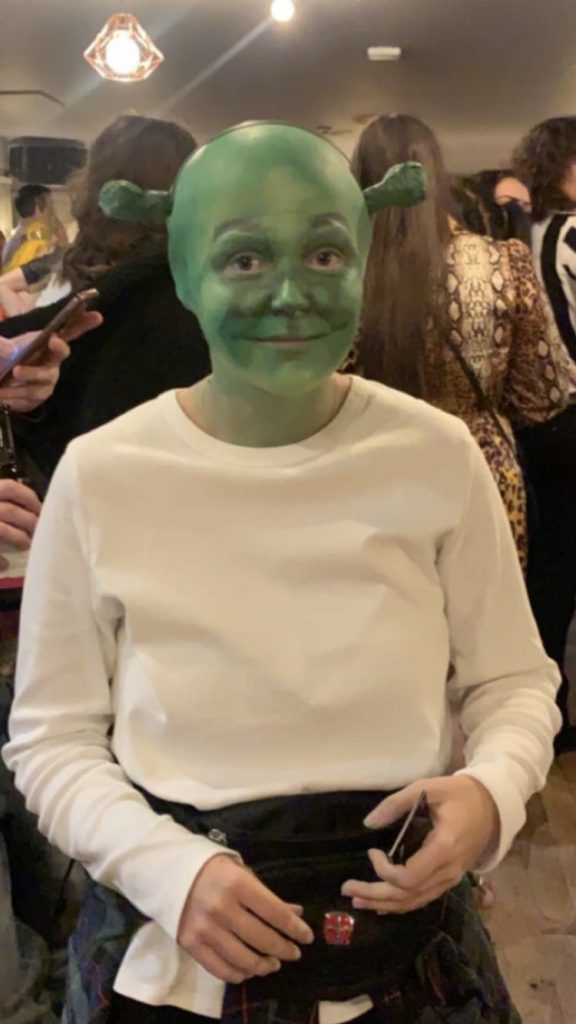 Zoe Guest’s face would have looked bright red if not for the layer of green paint she’d painted over it on a night out in Birmingham. However, the 22-year-old bravely stuck to her fancy dress even though every one of her friends were in normal night out togs.

The mix-up happened when one of the group suffered a outfit malfunction with her Spiderman costume and called the fancy dress off.

Unfortunately, no-one had the courage to tell Zoe because she had put such incredible effort into her fancy dress.

Olivia Donovan, shared the hilarious story on Twitter with the caption:

“I can’t stop thinking about the fact we had a fancy dress work night out and none of us told our friend we weren’t dressing up and she came out as Shrek”.

I can’t stop thinking about the fact we had a fancy dress work night out n none of us told our friend we weren’t dressing up n she came out as Shrek😭😭😭😭 pic.twitter.com/x1Wc0vEqEY

Zoe decided to carry on with her night out, even heading out to face the public to dance the night away once the function ended.

“We all had our own costumes planned and were fully meant to stick to the plan but literally half an hour before the awards, I myself ripped my costume and couldn’t go as my intended character Spider-Man, so my other friend decided that she wasn’t gonna wear her costume because she didn’t want me to feel left out.

“But by this time it was far too late. Zoe was all Shrek-ed up and ready to go, she had already sent us pictures of her costume and I couldn’t help but feel bad.”

“Honestly the whole place was in tears. I couldn’t look at her without laughing and all of our friends were the exact same, I had tears in my eyes when I first saw her.”

“Because not only was she Shrek but she had to travel there looking like that and the fact she used her ID but still got into places dressed as Shrek.

“People were trying to steal my ears but to be honest I think I forgot I was Shrek at that point because I was very drunk.”

Zoe revealed that another team at work did go ahead with the fancy dress night.

She joked: “I didn’t even win the fancy dress contest though – all that trauma for nothing.”