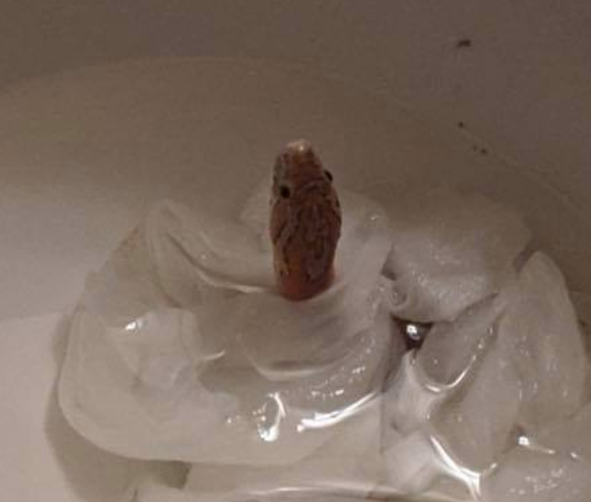 “It’s actually been one of my fears since I was a kid,”

A woman in Colorado said she was “terrified” to find a snake sitting in her toilet bowl.

Miranda Stewart was having problems flushing her toilet at her apartment in Fort Collins when she discovered the reptile.

“I used the restroom, like went to flush and everything and it wasn’t going down. I looked and leaned in closer and a snake head slithered up. I was terrified,”

“It’s actually been one of my fears since I was a kid,”

According to UPI.com, the reptile is a non-venomous corn snake which has since been adopted by the maintenance worker, Wesley Stanford.

“I took him home and my wife was very happy with me and we named him Boots. He’s our little guard snake on the property,”