Sophie Turner and Joe Jonas are celebrating their recent nuptials with a holiday in the Maldives. 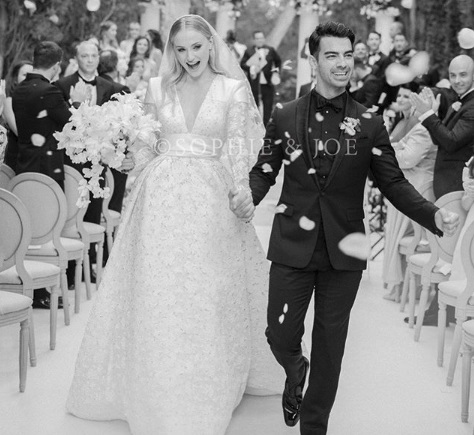 The Game of Thrones actress and Jonas Brothers singer enjoyed getting married so much that they decided to do it twice!

They first got hitched in a ceremony in Las Vegas back in May, hours after the Billboard Music Awards had taken place.

The producer Diplo streamed part of the ceremony online and later, Joe joked that he had ruined the event by doing that.

The couple then followed things up with a more lavish ceremony in France just a couple of weeks ago and now they’re enjoying themselves on a luxury honeymoon.

They’ve both shared snaps from the holiday on Instagram, including images of where they’re staying, and of themselves relaxing and enjoying the good weather.

In her Insta post, Sophie described their location in the Maldives as “paradise.”

Thanks for sharing guys, but we’re trying to keep the jealousy under wraps.