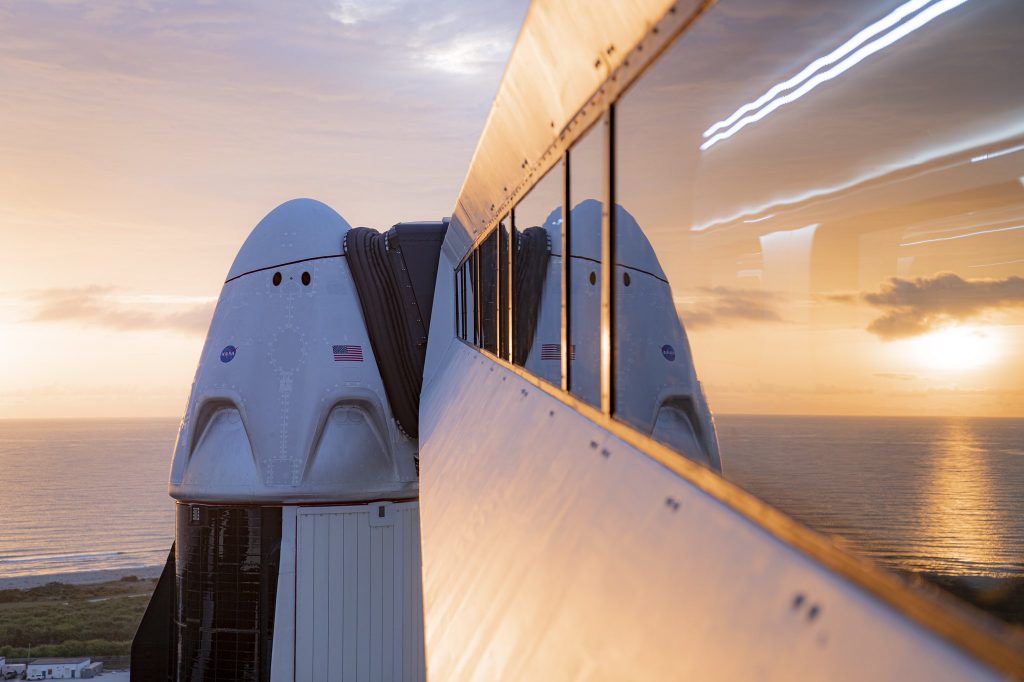 Nasa’s preparing for the first US astronaut launch in almost a decade – days after take-off had to be aborted due to bad weather.

Two of them were set to blast-off from Florida on Wednesday night – but the team decided to postpone the mission 17 minutes beforehand.

Nasa’s been working with Elon Musk’s company SpaceX on the launch.

Again, the launch will be weather dependent, but if it goes ahead the rocket will blast just after 8.20pm Irish time.

The Irish Mirror reports that under clear skies you should catch a glimpse of the craft just under the moon in the south-west about after launch 10-15 minutes later as it enters space.

Lots of time and investment has gone into building the spacecraft which will ferry two astronauts.

But Dublin-based technology company Skytek’s also providing software that instructs astronauts on their tasks in space.