This TikToker claims to cook her steak in a toaster 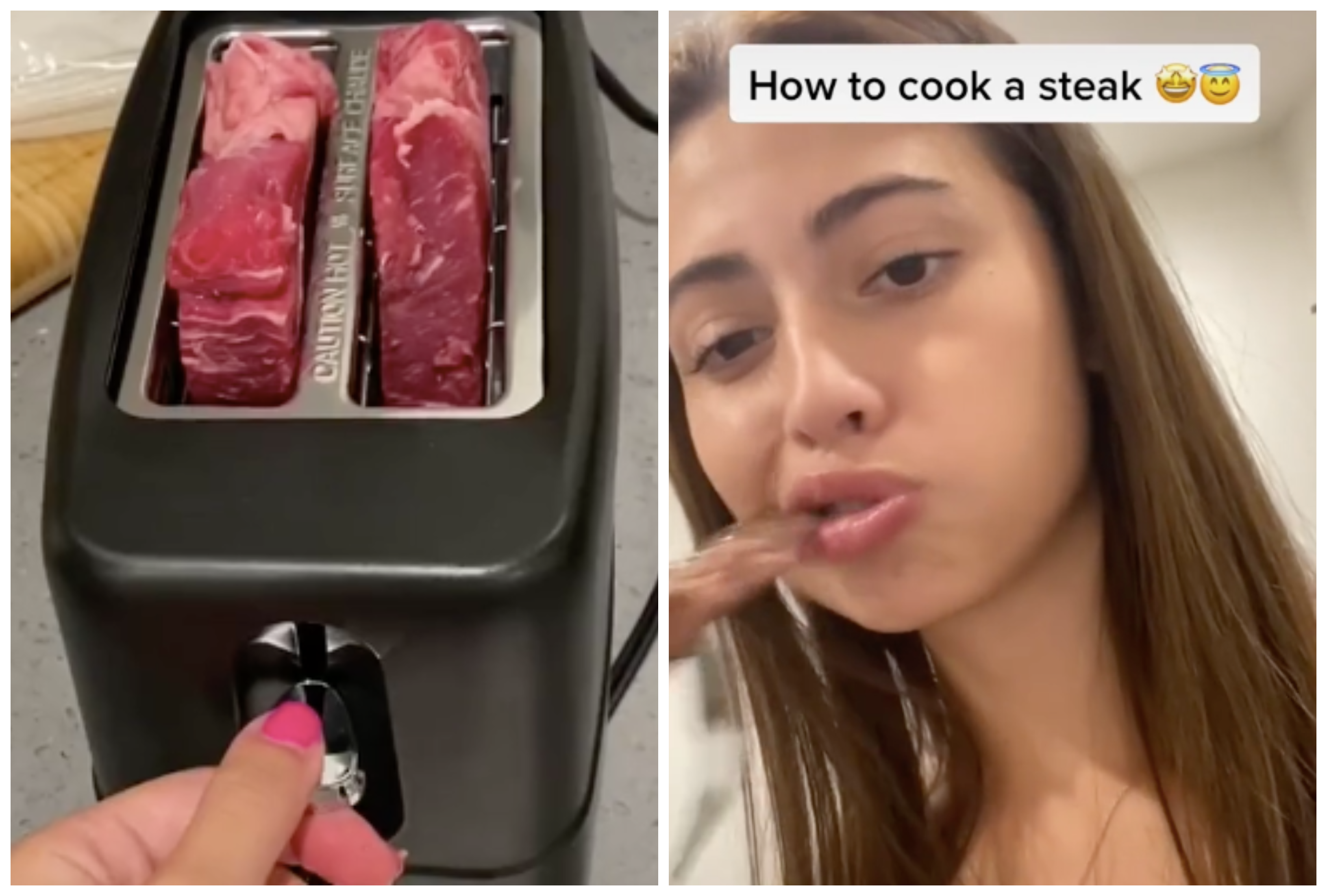 Cooking steak in your toaster? Nah, we’re not on board.

A girl on TikTok has gone viral after she shared a video of her appearing to cook raw steak in a toaster.

The American woman, whose name is Juliette simply captioned the video: “Cooking steak for my boyfriend.”

The short video shows her stuffing two raw steaks into her toaster and putting them on a medium setting. She then removes them from the toaster when they’ve browned a bit on both sides.

In the viral clip, Juliette stuffs two uncooked steaks into her toaster and puts them on a medium heat setting.

Despite the fact it may make your stomach curl, the video has been viewed over 4 million times:

It’s not entirely certain whether Juliette is just having us all on. A second video she posted on TikTok shows her “cooking” meatballs and spaghetti in a coffee machine…

Yeah, we’ll stick with the traditional methods thanks!