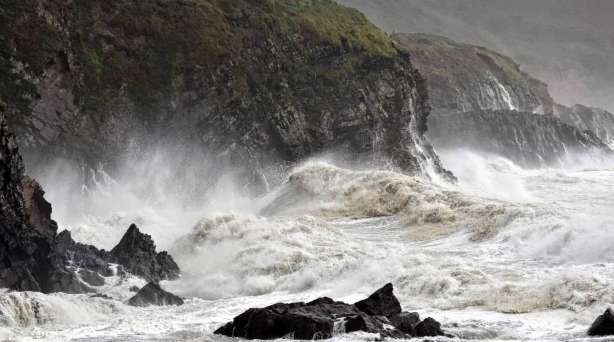 It seems we’re set to be hit by yet another storm this coming weekend, with Storm Jorge set to hit Ireland on Saturday.

The west coast of Ireland could face gusts of wind up to 130 km/h at the weekend as Jorge (Hor-hay), named by the Spanish Met Office, makes landfall.

While the rest of the country – Leinster, Cavan, Monaghan, Roscommon, Cork, Kerry, Limerick, Tipperary and Waterford – will be issued with a yellow warning.

For Galway, Mayo, Clare, Leitrim Sligo and Donegal the national forecaster is advising:

”Some severe winds expected during Saturday associated with Storm Jorge (Hor-hay). Southwest quickly veering west and later northwest will reach mean speeds of 65 to 80km/h with gusts of 110 to 130km/h, possibly higher in very exposed areas with an elevated risk of coastal flooding.”

”A band of very strong winds, associated with storm Jorge (Hor-hay) will extend across the country during Saturday morning and persist through the rest of the day and into the night. Southwest veering westerly winds of mean speeds 50 to 65km/h with gusts of 90 to 110km/h expected.”

Jorge is the forth storm to hit Ireland in recent times, following Storms Brendan, Ciara and Dennis.

Westmeath teen tested for Coronavirus after returning from Italy