Luckily they were completely sound about it! 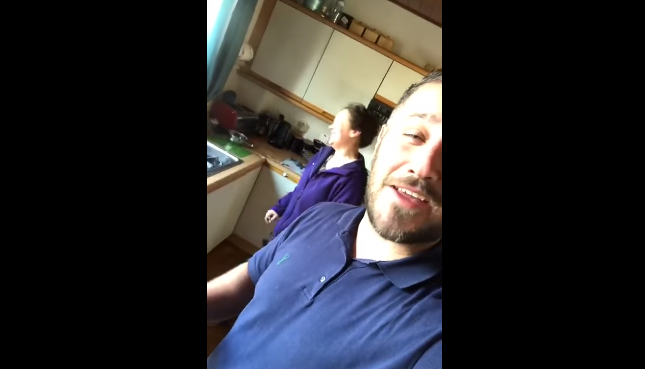 A man has woke up the morning after a night out in a complete stranger’s house.

The unnamed Scottish fella had a night out in Glasgow. However, instead of heading back to the house where the party was at, he made his way into the neighbour’s house!

The video, shared to a Facebook page, has already racked up over 22,000 likes.

In it, he explains that he left the party to get a taxi but when his taxi didn’t turn up, he turned around and wandered into the wrong house.

He spent the night on their couch and the next morning, he was woken up by a very confused couple asking who he was.

“A couple woke me up going ‘who are you?’ I’m like ‘what are you talking about? I was here at the party last night’.

“And he went ‘trust me man, there was no party here last night” he said.

He even tried to make himself a Pot Noodle in their kitchen.

Lucky for him, the couple saw the funny side of the situation and offered him a cuppa tea and a cigarette the next morning.

Guess what boyband Ed Sheeran has collaborated with