Men are 2.5 times more likely to be culprits than women. 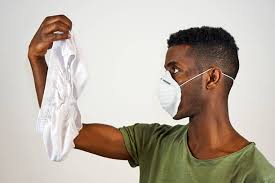 According to a survey published in the New York Times revealed that 45% of those polled have worn their underwear for more than 1 day.

Even more disgusting were the 13% of respondents who admitted wearing their undies for up to a week.

Men are the bigger culprits and are 2.5 times more likely than women to recycle their jocks.

The same survey revealed that 46% of us keep the same underwear for a year or more.

According to experts, we should be binning our pants every 6 months as a build up of fungi can lead to yeast infections and UTIs.

Socks and jocks are an ideal stocking filler. . Just sayin’ . .