Well that’s one way to go about it… 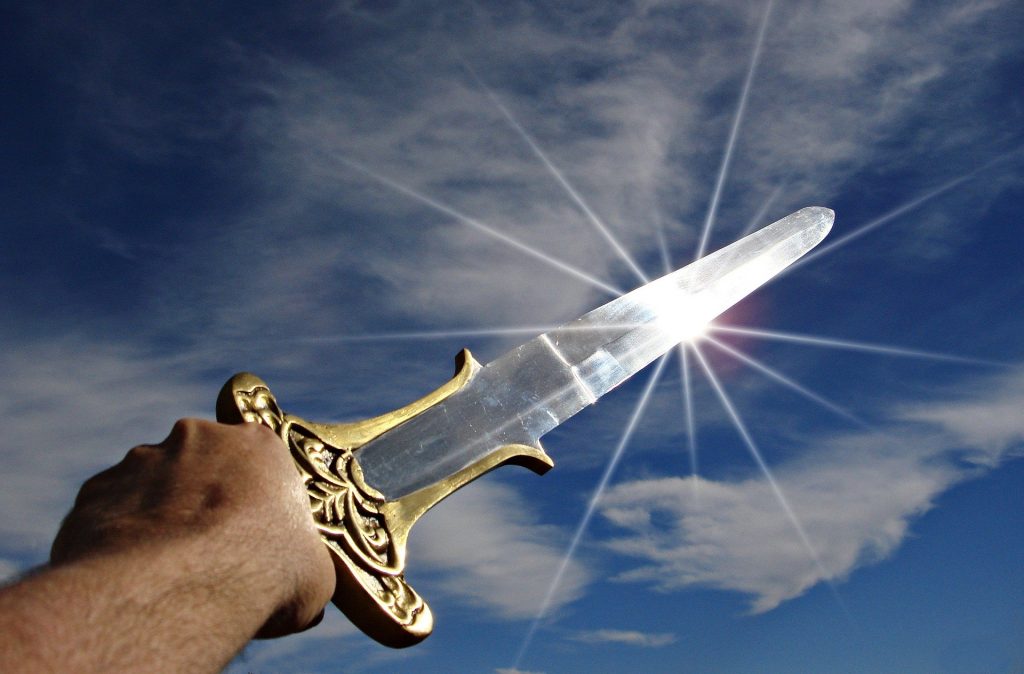 One man has asked for a duel by sword with his wife to settle a legal dispute.

40 year-old David Ostrom has asked a judge for a duel by sword with his wife, or someone she chooses to fight as her champion, Metro.co.uk reports.

He told the judge that his wife had “destroyed” him legally and pointed out that the judge could allow the pair to “resolve our disputes on the field of battle, legally” because trial by combat “has never been explicitly banned or restricted as a right in these United States”.

He also asked the judge for 12 weeks time so he could find or make Japanese samurai swords.

Mr Ostrom, from Kansas in the US, said his ex-wife Bridgette could use her lawyer as a “stand-in fighter” to battle him. He proposed the unusual request because he was left feeling frustrated by his ex-wife’s lawyer Matthew Hudson.

“I think I’ve met Mr Hudson’s absurdity with my own absurdity.”

The lawyer Mr Hudson responded by asking that the court order Ostrom should have psychological treatment and Ostrom responded back to say he didn’t have any mental health problems.

Iowa District Court has not yet ruled on the motions.