“Little things like that can make a huge difference.” 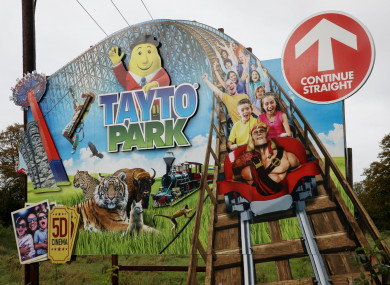 Ireland’s largest amusement park is holding a special autism awareness day to support and raise awareness for autism in Ireland.

Tayto Park has created an autism-friendly environment today, with no music being played, no hand dryers turned on, and queues for the attractions kept to a minimum.

The intention is to allowing parents with children and their families enjoy all the facilities and attractions at the park.

Autism awareness campaginers and families have praised the County Meath theme park for making the move to be more inclusive.

Kellie Doherty from Athy Autism Support Group – whose 6 year old son Cody has autism – describes the changes that are of huge benefit:

“The small changes such as…having social stories, visual cues, explaining what’s going to happen on each ride and letting the kids, teens and adults know what to expect.”

Kellie is also hoping other venues will take note:

“Well done to Tayto Park for doing it, but I hope other places will follow in their footsteps.

To bring a child or a teen or an adult out, I don’t think people realise the work that goes into it – and to know that you’re going to place where they’re actually helping you and your child out.

It’s amazing. Little things like that can make a huge difference.”