These Irish Women Have Been Named Icons Alongside Michelle Obama

Three Irish women have been recognised for their efforts to repeal the 8th amendment. 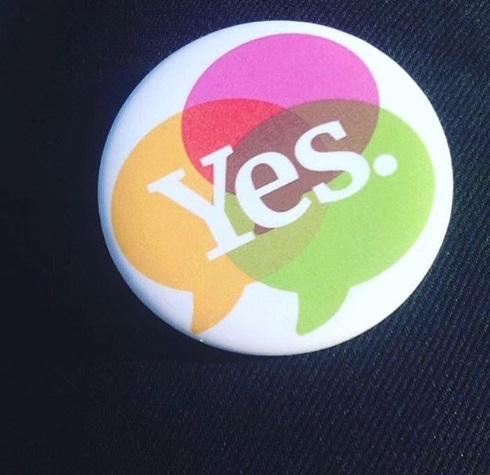 Grainne Griffin, Orla O’Connor and Ailbhe Smyth have a huge reason to celebrate as they have been named as some of the most influential people in the world!

The three pro-choice activists are included in the latest TIME 100 list in recognition of their work to change the Irish constitution by repealing the 8th amendment in 2018.

The inclusion of #Together4Yes in #Time100 is a massive international recognition of our campaign. This award is for all the campaigners, women’s groups and organisations throughout Ireland who were part of our movement. Together, we changed Ireland. Our campaign will serve as hope for all those still fighting for their rights – change is possible.

They are featured in the Icons section, which also includes world-famous people such as Michelle Obama, Lady Gaga and Taylor Swift.

Ailbhe says she, Grainne and Orla are thrilled with the achievement:

“I think everybody feels a little bit overcome! But I think that is very much about saying that this issue is an international issue. The issue of abortion and women’s access to it is now very firmly on the international map. There is a backlash against abortion, in the U.S., in Poland, in Brazil, in so many different countries across the world.”