“This has been…a great friendship.” 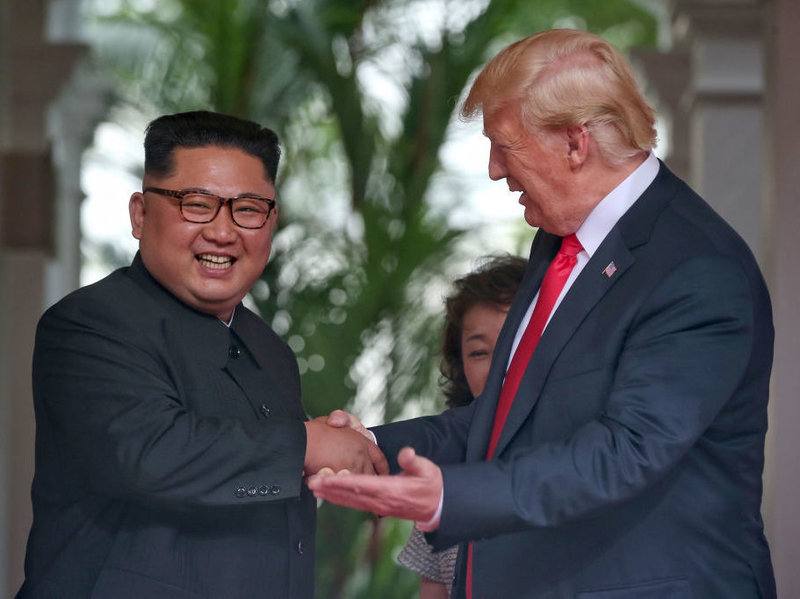 Donald Trump has become the first US president to set foot in North Korea, while in office.

He met for an hour with the North Korean leader, Kim Jong-un, in the demilitarized zone between South and North Korea.

In February, talks over denuclearisation between Mr. Trump and the leader of the secretive state broke down in Hanoi, Vietnam.

The two agreed to set up teams to resume the failed nuclear talks, shook hands and posed for photos.

“This was a special moment… As President Moon [South Korean leader] said, this is a historic moment, the fact that we’re meeting.

I want to thank Chairman Kim.”

He also invited Mr Kim to the White House;

“We got to meet and stepping across that line was a great honour.

A lot of progress has been made, a lot of friendships have been made.

And this has been, in particular, a great friendship.”