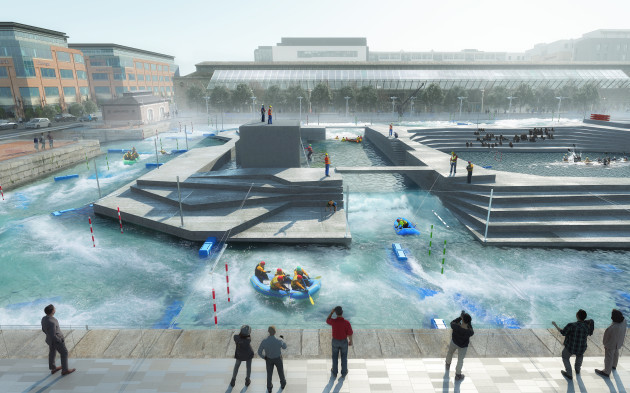 Plans for a white water rafting course in Dublin city appear to have been shelved.

In an update to councillors, the council says there’s been significant hostility towards the project and that it’s been unable to convince state bodies to provide funding.

But it says a water based activity is still the most suitable use for the docklands and that a new proposal will be provided next year.

The plan had been widely criticised since its announcement, with Fine Gael Councillor Danny Byrne saying it was a ludicrous idea from the start:

“[It was] costing tens of million of euros at a time of a housing emergency, at a time when the local swimming pool to that area, the Seán McDermott Street swimming pool, was closed down because of a few broken tiles and a lack of maintenance.”

Galway set to be hit by Storm Barra tomorrow