Wild goats are taking over this Welsh town in lockdown 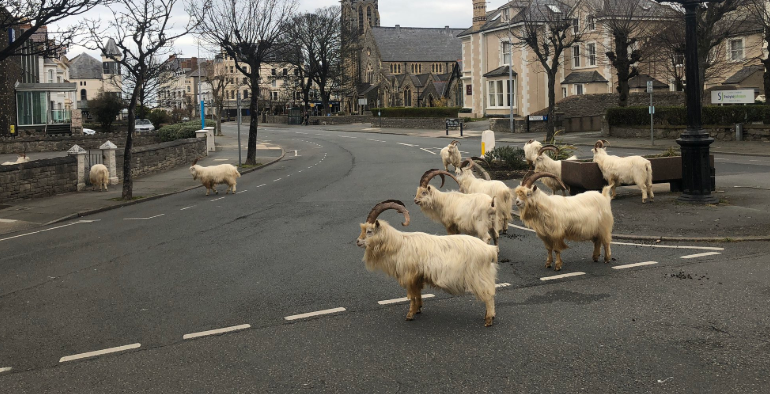 “There isn’t anyone else around so they probably decided they may as well take over.”

A herd of wild goats from near the Welsh town of Llandudno cannot believe their luck at the moment, as they freely wander the people-less streets eating any plant they desire.

The human residents of Llandudno, like the rest of the UK are under strict isolation measures to stay indoors to help stop the spread of Covid-19.

Meaning the mischievous goats have the run of the place.

The herd is made up of about 122 Kashmiri goats and are sometimes sighted on the fringes of venture Llandudno during bad weather, the BBC reports.

But town councillor Carol Marubbi believes the lack of people around has enticed them to further explore the town centre.

“They are curious, goats are, and I think they are wondering what’s going on like everybody else,” she said.

They know exactly what they’re doing. Have some lunch from a bush and then go for a lie down in the churchyard pic.twitter.com/naUH7YPBbK

She added that the animals have been providing “free entertainment” to people from their windows.

“There isn’t anyone else around so they probably decided they may as well take over.”

And they mean business this time #goats #llandudno pic.twitter.com/8PORNufdp2

Who can really blame them!