Woman films herself eating takeaways for a living

Why did we not think of this? 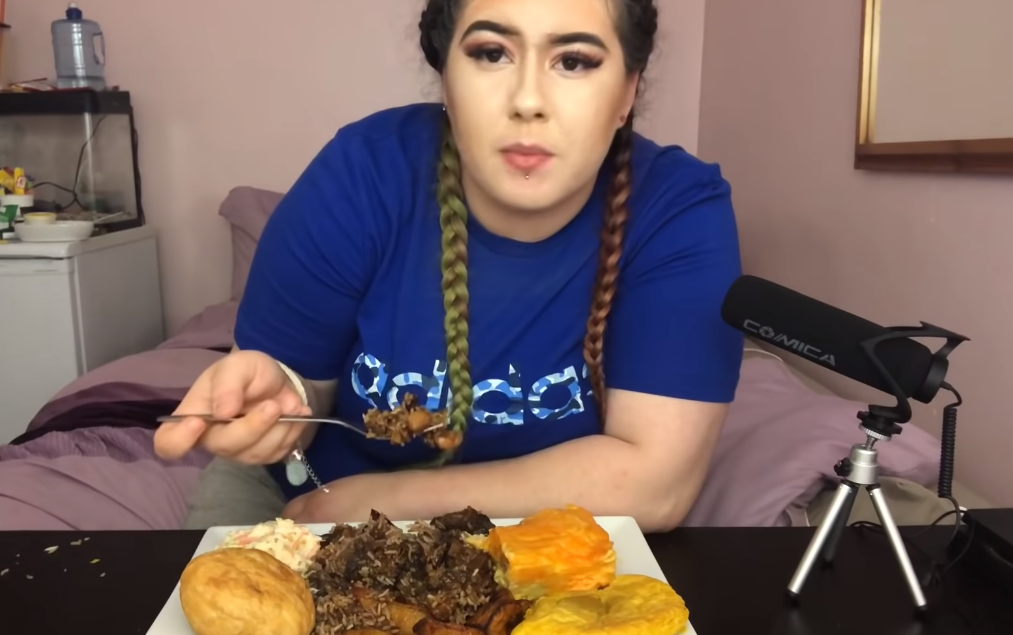 A woman in The UK has quit her job and now earns a living by filming herself eating takeaways.

22-year-old vlogger Charna Rowley is aiming to be the UK’s first Mukbang star. Mukbang is a trend which has proved popular in South Korea and involves people eating a certain cuisine while interacting with their audience.

Charna eats anything that her fans request over on her Charnation YouTube channel and she quit her full time admin job just under a year ago to dedicate more time to these eating challenges. She posts videos twice a week on her YouTube and combines eating with ASMR.

She told Tyla.com that so far, she has over 40k views across her social platforms:

“One of my first videos was a Pizza Hut one, where I ate two large pizzas and two sides, meaning the calories were straight away in the thousands.

“I’ve had requests for the UK typical takeaways, so that’s why I’ve done videos buying from McDonald’s, Greggs and Pizza Hut.

Her videos last just under a half hour each but can cost her over €100 in food expenses. So far, her most popular video shows her devouring a massive Chinese takeaway worth over 5,000 calories. Charna told the website that she’s spent about €1,000 on food for the challenges so far, but she hopes she’ll make that back through collaborations with brands:

“My ultimate aim is to try and do the 10,000 calories challenge.

“I’ve just got to show how confident I am – I might get something stuck in my tooth or around my mouth but people love how funny I am.”

Now do ya reckon there’s room for an Irish Mukbang star?