Teen’s horror after x-rated mistake in text to mum 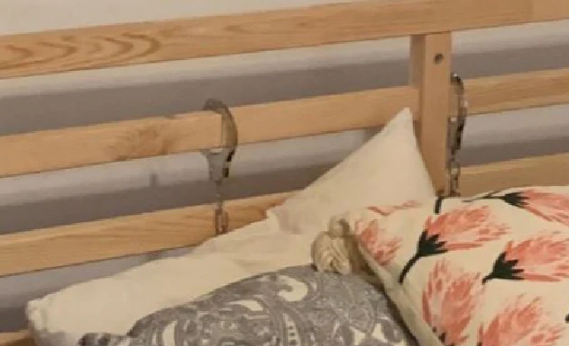 A teenager has been left extremely red faced after she sent her mum a picture of her new bedroom, but forgot to remove something very x-rated.

A horrified Ella Martine, from California, took to Twitter to reveal her “stupid” X-rated mistake that was only pointed out when her mum texted back.

“Mum’s been asking for pics of my new room … finally sent one … I’m so stupid,” she wrote.

Accompanying the tweet were two photos, one she sent her mum — and another zoomed in to reveal something clipped to her wooden-framed bedhead.

“Nice!,” she texted back, along with a thumbs up emoji.

But then a second and a third message came.

“Except for the handcuffs??? 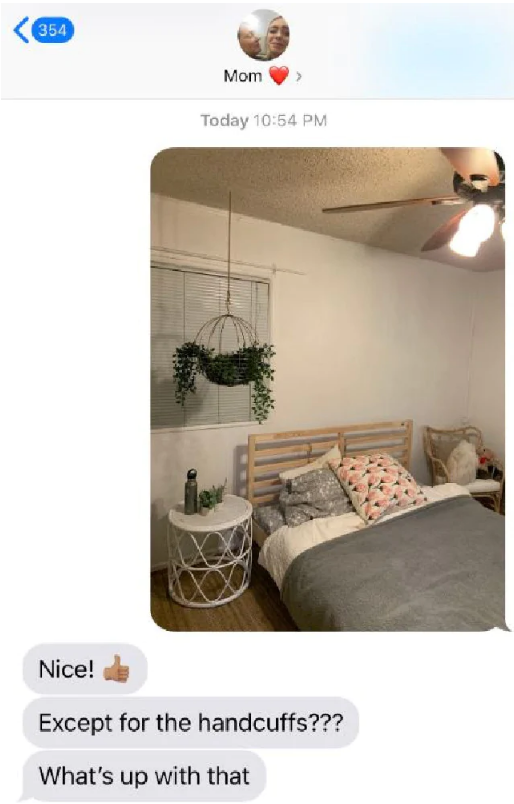 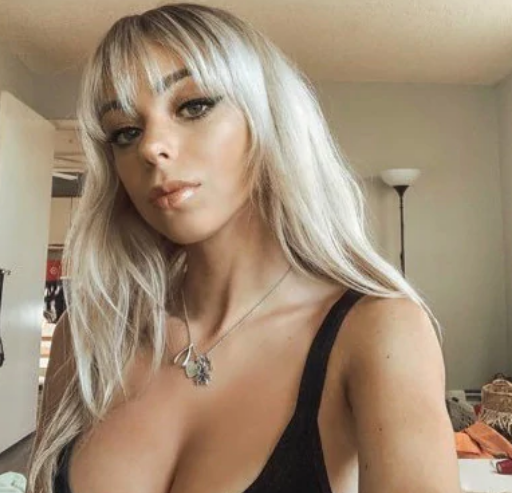 Here’s how she tried to explain her way out of the awkward scenario:

In a very creative attempt to explain the handcuffs, Ella told her mum they were props from her roomates ‘short film.’

i told her it was for my roommates short film lololol pic.twitter.com/os9kDXQ85X

Others gave hilarious suggestions for Ella to explain the cuffs away.

Another person added: “Always triple check your work before submitting.”

But it seems Ella’s mum didn’t see the funny side, as a series of texts revealed she instructed her daughter to “remove them”, slamming them as “super tacky”. 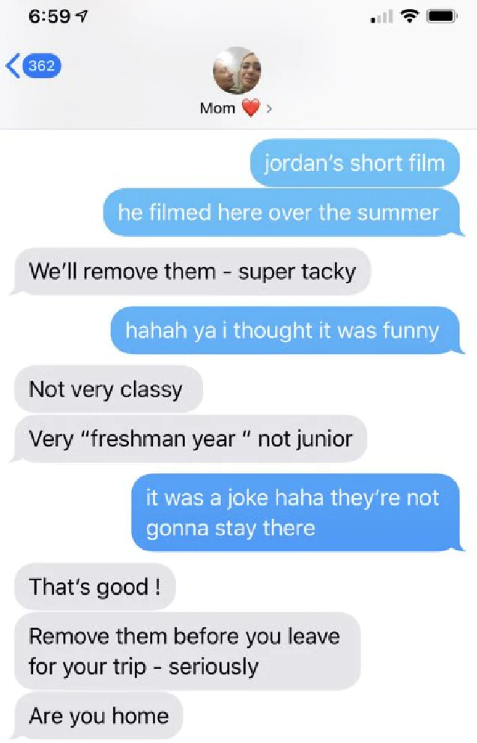 “Where ye ‘heading’ with that?” – Gardaí arrest two after wax heads stolen from museum