As Ireland commemorates (*cough* mourns) Thierry Henry’s handball, Dave and Fionnuala from The Lift look back on the year of 2009. 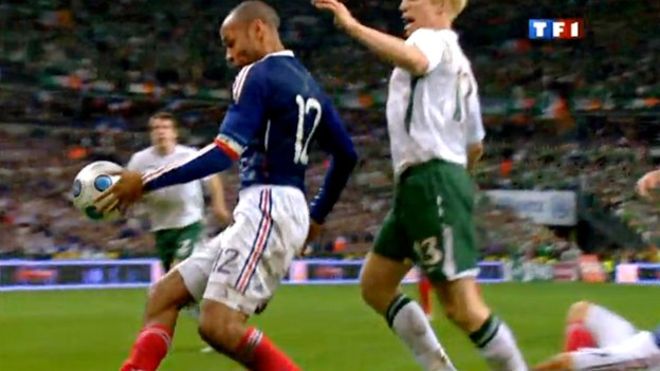 2009 will be remembered for a lot of things including infamous drop goals and Jedward on our radios. Here’s The Lift’s list of the best, worst and most memorable things that happened 10 years ago:

1. In a brilliant sporting year for Ireland, a fresh faced Shane Lowry won The Irish Open:

They were losing in the 75th minute only to be saved by Ronan O’Gara’s legendary drop goal. Let’s relive it for a moment:

3. We felt the hit of The Recession

There wasn’t just one Grand Slam in 2009. The economy also came to a crash as then-Taoiseach Brian Cowen described that year as the most challenging of his career in politics. We were also introduced to new words like NAMA as we tried to struggle through the recession.

This clip from RTE News offers a bleak reminder:

Aretha Franklin sang at the ceremony in a peformance that’d still give you goosebumps:

How could we ever forget?

In 2009, we were first introduced to Jedward! The Dublin twins went on to ‘annoy’ but ultimately capture the hearts of a whole nation after that. This classic TV moment shows their entire X Factor audition:

6. We were blaring I Gotta Feeling in nightclubs

If you’re not exactly sure which Black Eyed Peas’ song was the biggest in 2009, here’s your answer!

7. We went to watch The Hangover in cinema

2009 was the year the very first Hangover film was released and quickly became one of our all-time favourites.

This film made us all realise the importance of a wolf pack and man-bags – “Indiana Jones wears one”:

2009 also saw the changing of the guard (or presenter) on The Late Late Show, as Pat Kenny was replaced by Ryan Tubridy. That same year we were also treated to one of Pat Kenny’s most memorable moments on The the Late Late:

And finally, 2009 brought about a moment Irish sports fans have probably spent the last ten years trying to forget.

Here is what the man himself had to say about it at the time: