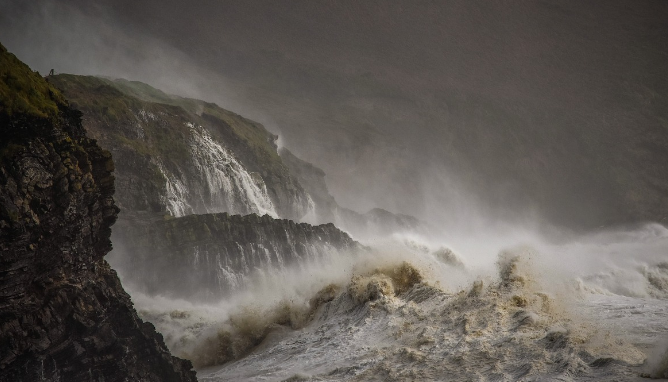 Meanwhile a snow and ice warning is currently in effect for Donegal.

Two status yellow wind warnings have been issued by Met Éireann for the west coast of the country.

An alert for Donegal, Galway, Leitrim and Mayo will be in effect from 11am tomorrow until 11pm.

While later in the afternoon from 4pm, a warning will be in place for Clare, Cork, Kerry and Limerick until the early hours of Saturday morning.

The forecaster is predicting gusts of up to 100 kilometres per hour.

North to northwest winds will strengthen on Friday, gusting up to 100km/h.

Elsewhere a Status Yellow Snow/Ice warning for Donegal is currently in place until 11:59pm tonight.

Meanwhile a weather advisory remains in place for the entire country for cold temperatures.

The national forecaster is warning of sharp to severe frosts and icy stretches and some wintry showers too.

The advisory is valid until midnight on Friday.